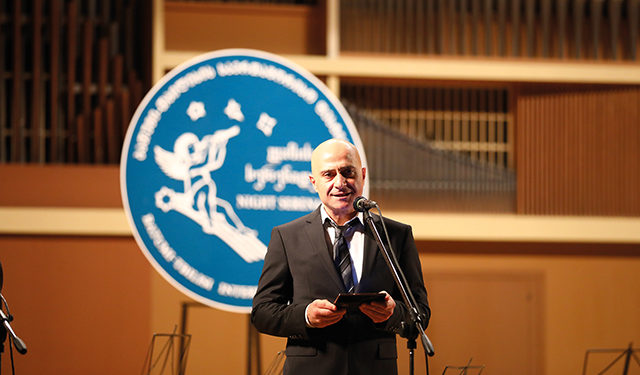 On November 21, within the framework of the Batumi-Tbilisi International Festival ‘Night Serenades,’ the final concert of the festival was held, attended by the festival’s main orchestra ‘Georgian Virtuosos,’ conducted by Vakhtang Machavariani, with soloists Sabine Grofmeier and Sandro Nebieridze in the grand hall of Tbilisi State Conservatory.

The concert was attended by representatives of state structures and the diplomatic corps and, of course, music lovers.

The attendees got to enjoy the following program:
Main Orchestra of the Festival “Georgian Virtuosos”, Sabine Grofmeier – Clarinet (Germany), Sandro Nebieridze – Fantasy On the themes of Z. Paliashvili’s Operas, Vakhtang Machavariani – Dedication to Ludwig van B. String Orchestra, Litavars and Piano (The themes of Beethoven’s Nine Symphonies are used in the work), and Wolfgang Amadeus Mozart – Concerto for Clarinet and String Orchestra, La Major, K.622

“I am glad that art is winning, and despite the difficult conditions, one of the most important and traditional classical music festivals was held, one which was founded by the great Georgian violinist and conductor Liana Isakadze in 1982 in Bichvinta, Abkhazia, Georgia,” said Giorgi Isakadze, Artistic Director of the Night Serenades Festival.

“This year, we invited two of the greatest instrumentalist musicians of modern times. Mario Stefano Pietrodarchi is a bandoneonist who simply fascinated the public in Batumi with Nikoloz Rachveli and Sopho Khalvashi. The premiere of the dedication “To the Italian People” by talented Georgian musician, conductor and pianist Nikoloz Rachveli also took place in Batumi, Isakadze noted.

“In the Tbilisi part, the brilliant German clarinetist Sabine Grofmeier performed an unforgettable concert by Mozart, and Maestro Vakhtan Machavariani’s Dedication to Ludwig van B. String Orchestra, Litavars and Piano, was performed during the concert for the first time.

“It should be noted that for the last few years, the festival has been paying special attention to the works of classical music created by Georgian composers. We also try to actively contribute to the creation of new works, and this year the educational courses lasted two months. Masterclasses for pupils and students in various fields of music and art were led by several leading musicians, including Sabine Grofmeier, Vakhtang Machavariani, Mario Stefano Pietrodarchi, and Giorgi Shaverzashvili,” Isakadze said.

“The opening concert of the 13th International Festival was held in Batumi. We conducted various master classes throughout the month, and today the final concert of “Night Serenades” was held in the grand hall of the conservatory,” Nina Tsagareli, Director of the Night Serenades Festival, said following the closing of the festival. “I am very glad that despite the pandemic in the country, music lovers were given the opportunity to join this celebration of art. We do not betray the tradition and we offered our loyal audience several premieres. 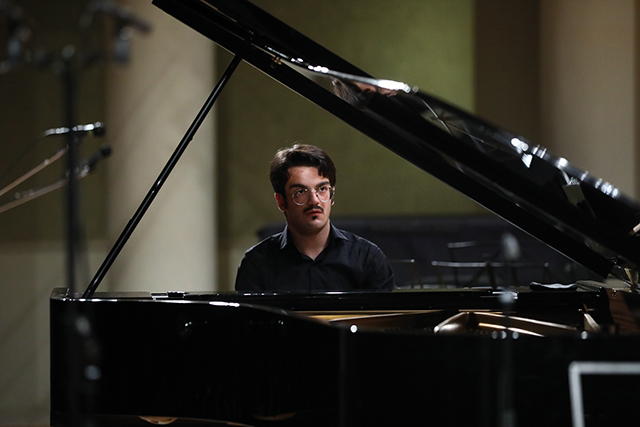 “I thank my whole team, all the supporters and partners and, of course, first of all, our loyal listeners.”

“I admire the orchestra. It is a very important festival, which is associated with the name of Liana Isakadze. Thanks to the artistic director Giorgi Isakadze for the invitation, as well as Vakhtang Machavariani and the director of the festival Nina Tsagareli. I would especially like to mention and thank the outstanding Georgian listeners,” said German musician Sabine Grofmeier.

“I have been cooperating with the festival for 4 years now,” noted musician, composer, and soloist Sandro Nebieridze. “I am constantly getting new experiences and I am full of emotion. The premiere of the second piano concert took place last year, and this year the premiere of fantasy on Paliashvili themes. Every year, Night Serenades becomes more and more important, and this year was no exception: the festival was carried out fantastically, and was truly something special,” he said.

“I had just gone to study at the University of Music and Theater in Munich, and came back for the first time to do this, my first concert. The fantasy was written on the themes of Paliashvili’s opera at the order of Giorgi Isakadze.

“Many thanks to Giorgi Isakadze, Vakhtang Machavariani, and Nina Tsagareli for this opportunity. I hope the pandemic will end soon and the situation will improve,” Nebieridze said. 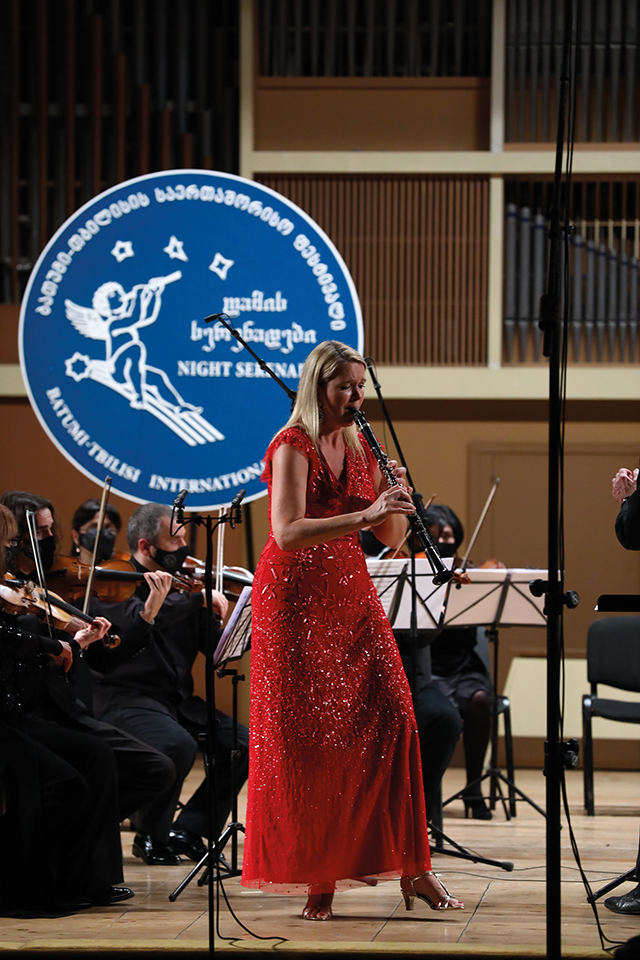 The Founder of the Festival is internationally renowned Georgian violinist Liana Isakadze. The artistic director of the festival Night Serenades is Giorgi Isakadze, a well-known musician and teacher, founder and artistic director of Ingolstadt and Munich Academies of Dance and Music. The festival director is Nina Tsagareli. The main conductor of the festival is the world-famous maestro Vakhtang Machavariani.
Festival organizer company – “Art-Alliance”

The official insurer of the festival is Ardi Company.

Supporters of the festival: Ministry of Culture, Sports and Youth of Georgia, Tbilisi City Hall, Batumi City Hall, Ministry of Education, Culture and Sports of the Autonomous Republic of Adjara, Embassy of Italy, and the Embassy of Germany. 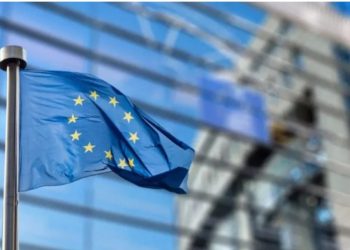