I can see, why the government decided not join the sanctions, although, I blame them for putting Georgia in that position. 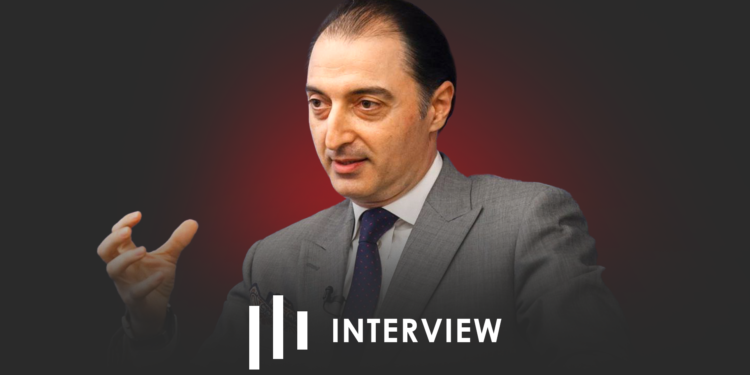 After all that Putin has done in Ukraine, should we say that there is no space for him in the future?

He doesn’t believe that his regime was stable enough for him to remain in power from a long-term perspective. We need to understand that the main priority of Putin and his regime is the consolidation and preservation of power. We must think that he had reasons to believe that without doing something dramatic, his power was not stable enough.

Where is China? Should we say that they left Russia, or it’s a long-term strategy played by two geopolitical giants.

China and Russia may be sharing some of the elements of their political system, but they are different. In the old communist times, China was looked down on by the Soviet Union in the fifties for instance. Soviet economy was twice as large as China. Today, the Chinese GDP is ten times better than Russia’s. So, it is quite clear, who would be the “Big Brother”, whether they should for the alliance. Number 2 – Behavior of China and Russia internationally. China considers Russia as a junior partner and there is a quite serious degree of cooperation between the two, but China doesn’t share Russia’s desire to break down the international system, based on rules. China would rather take advantage of the system, but Russia is trying to break it.

Georgia is on the brink of being a candidate for membership in the EU. Would it be correct from the EU, now to say “No” because of the mistakes, GD made in the past. 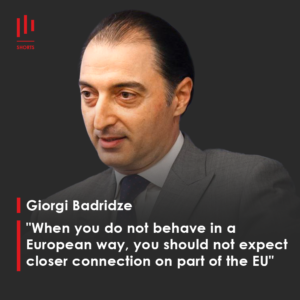 When you do not behave in a European way, you should not expect closer connection and cooperation on part of the EU. It is on us, that we, our government has not consolidated democratic institutions that have not approximated Georgian democratic standards with those of the EU. Number 2 –  We simply did not take the advantage of free trade with the EU and, instead, gave priority to trading with Russia, which is now coming back to us as a dependence as a government’s excuse for not being able to impose sanctions.

Being deeply dependent on the Russian economy, how could the Georgian government impose sanctions on Russia

Without imposing sanctions, the Georgian economy will be paying the price already! because of the weakened Ruble, Georgian won’t be able to export the traditional goods to Russian markets. Georgians won’t be able to send their remittances from Russia to Georgia, so Georgia will feel the whole range of economic effects of the war and of the international sanctions, without even joining them. Yes, I can see, why the government decided that they would not join the sanctions, although, once again, I blame them for putting Georgia in that position. But, at least, they could have refrained from stating this as a government policy so openly and proudly.

Was it correct to recall the ambassador from Georgia, while the Ukrainian ambassador remains in Belarus?

First of all, it would be unfair to judge the president of the fighting nation as a leader who is personally fighting for the life of his country, more strictly than the actions of our government. So, I call upon all Georgians to consider this when they are making the mind whether to be hurt by president Zelensky’s decision. Ukraine has every reason to be badly injured, badly hurt by the reaction of the Georgian government after what they have done in the early ’90s when they helped us evacuate our people when they helped us fight for the territorial integrity of Georgia in that war. Then, when they supplied air defenses in the 2008 war and fought with us. Today Georgia doesn’t look in a good light. They are fighting for the freedom of our country as well Today, judging them today, I think, this would be wrong.