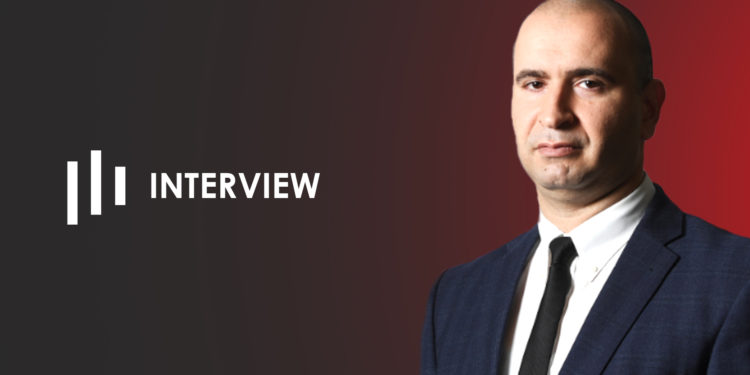 While Ukraine is under attack, we asked security expert Kakha Qemoklidze, to tell us answers to many important questions.

The fall of Ukraine will be the fall of Georgia. Would you agree with that?

I definitely agree with this thesis because of the reason that what Russians decided to actually boil in Ukraine, pretty much envisages the developments about Georgia’s future development as well. At the same time, they are negotiating their strategic interest at the table with the west about Ukraine, together with Georgia. This is the reason, why it Is vital for us to stay very active in the international arena for this very day. If Ukraine fails, European security architecture definitely fails as well! Ukraine is an extremely large country. I do think that today’s challenges what official Kyiv is facing are exactly also in line with the security challenges that Europe might face in the very near vicinity.

Blitzkrieg from Russia and the fall of Ukraine or a replica of the Afghan war. Which one is more likely to happen?

I don’t believe that Blitzkrieg is possible for two very reasons. First, at some point the western countries still study the lessons, that’s one argument and argument number 2 is that Russia is not so strong run the blitzkrieg campaign. Russian political elite actually portrays themselves that the are allegedly extremely strong, but that’s not true. At the end of the day, their economy is still weak and I do believe that the western reaction and west, kind of, common understanding and common approach and support towards Ukraine will prevail. Speaking about Afghanistan as an isolated case, well, it’s hard to compare the Afghan nation to the Ukrainian nation, however, I do believe that Ukraine will fight, Ukrainians are the freedom lover nation and they will do their best to keep national interests and security protected as much as possible.

Will we ever again see Europe and Putin negotiating with each other?

What the West is permanently missing in relation to the Russian Federation is that the political elite, who are in Moscow right now, are not ordinary thinkers as ordinary politicians. They are ex-security intelligence officers and they, more likely, are maneuvering. They are not afraid of making mistakes and making failures, however, for them, it is more important to use the vacuums created by the West in action and I do hope that at the end of the day the West will learn the lessons, what they made, back in 2008, 2014 and 2015 and I think that if they would not make those mistakes back in those years, We would definitely not have the scenario we are facing right now around Ukraine. The firm and coordinated action by the West is vital to prevail Mr. Putin’s ambitions for today around Ukraine and around Georgia at the same time. Around the region at the end of the day.

Is Russia backed by China?

I do think that China has its own strategic interest and in a global perspective, in large scale geopolitical analysis, I don’t think that their full-scale strategic cooperation is possible, because both of them are extremally large geopolitical players and especially China can be truly strategic fuel to the western ideology and especially to the United States and, at the end of the day, from a tactical perspective, they might be seen for today as allies to each other, however, in long-run strategic thinking, I don’t believe that Russians and Chinese have the common strategic goals or common playgrounds in close geopolitical vicinity to each other.

The Russian army is 40KM away from the capital Tbilisi, what else but words should the Georgian government do in this case? 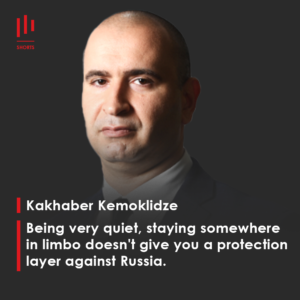 Well, I think they are officially portraying and shaping with alleged, so-called, pragmatic policy, but I don’t believe that this string of actions is driven by the pragmatic policy. It’s more driven by incompetence and at some point non-courageousness of particular political leadership for this very day, which is presented in the Georgian government and I do believe that this is an extremely big mistake. It is a very, very much a big mistake not to serve Georgia’s national security and strategic interest. Russia, generally, has its own strategic interest and it’s not about whether Georgia is afraid or not for this very day. They are implementing their strategic goals and I think it is already on. So, being very quiet, staying somewhere in limbo doesn’t give you a protection layer against Russia. In fact, it’s vice-versa. Because of the reason that Russia and Moscow think that actually, it is not your own interest to stay into the western agenda. When you are not activating your ongoing problems, which are there at some point: The borderization is on, annexation is on. You have multiple problems, economic problems. You have an extremely divided society right now, which is already a national security risk, even like, you have a very weak economy, you have a very large scale different sort of problems from the geopolitical prism and etc., etc. You should not be asking or you should not be having wishful thinking that the capitals: Paris, Berlin, Washington, Brussels will do your own job. This is your everyday task, this is your assignment. You should be actually implementing your everyday assignments on a daily basis, that’s your governments’ function to make the Georgian agenda be active and integrated into the agenda of the European Union and the civilized western countries. That’s exactly key-claim from my personal point of view, as an ex-intelligence analyst and security expert towards the current Georgian government.

Important! – after the shooting, outside the building, some technical stuff was stolen by a thief. With the help of Vake-Saburtalo police station #1, the thief was arrested and the stuff was taken back. By the name of the newspaper Georgia Today, I, journalist Erekle Poladishvili thank them for being responsive and effective.