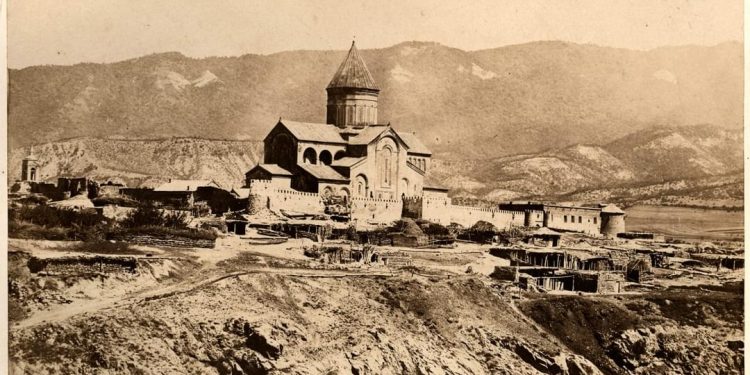 On October 14, Georgia celebrates Svetitskhovloba, a national holiday dedicated to the Svetitskhoveli Cathedral (“the Living Pillar Cathedral”) located in Georgia’s historical town of Mtskheta. The festival is also referred to as Mtskhetoba (celebrating the day of Mtskheta).

On this day, special religious services are held in churches throughout Georgia.

Throughout the centuries, the cathedral served as the burial place for kings. The present cross-in-square structure was completed between 1010 and 1029 by the medieval Georgian architect Arsukisdze, although the site itself dates back to the early fourth century.

A masterpiece of the Early and High Middle Ages, Svetitskhoveli is recognized by UNESCO as a World Heritage Site. It is currently the second-largest church building in Georgia, after the Holy Trinity Cathedral.