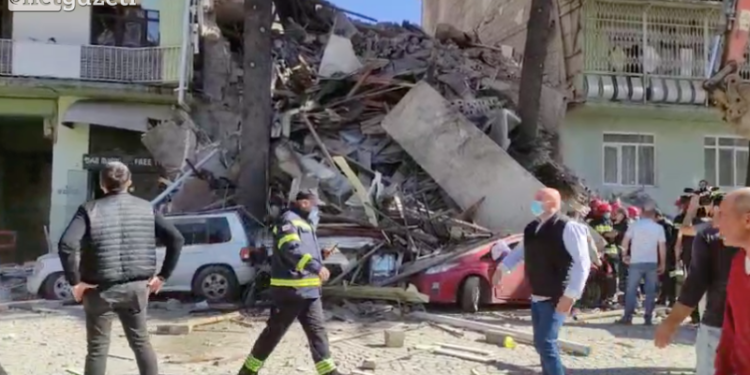 Part of a 5-storey block of flats collapsed on 26 May Street in Batumi, the capital of the Adjara region, injuring several people, including minors.

Special equipment is mobilized on the spot.

Rescue and ambulance crews are working on the spot.

Law enforcers cordoned off the area.

There are no reports of fatalities at this stage.

Reportedly, the collapse was caused by an explosion.