Memorandums Signed between Georgia and Hungary in Field of Education 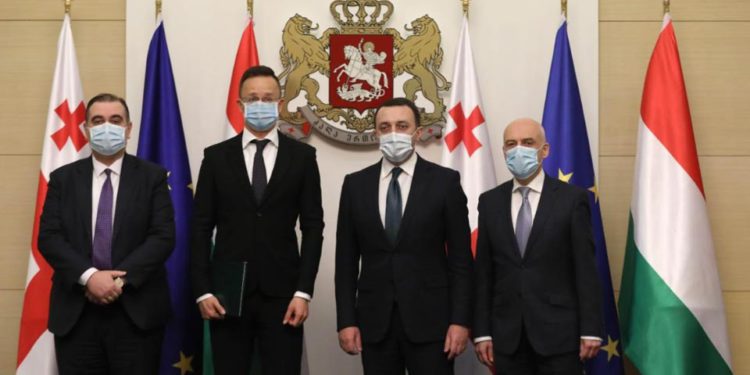 The Prime Minister of Georgia Irakli Garibashvili met with the Minister of Foreign Affairs and Trade of Hungary Péter Szijjártó. After the meeting, memorandums were signed between Georgia and Hungary in the field of education.

The conversation focused on Georgia’s progress on European and Euro-Atlantic integration and Hungary’s strong support in this regard.

Garibashvili noted that the Georgian government is taking appropriate steps to have the country make a formal application for full membership in the European Union in 2024.

Education was named as one of the priority areas of bilateral cooperation at the meeting.

The agreements signed after the meeting by Mikheil Chchenkel, Minister of Education, Science, Culture, and Sports of Georgia, and Péter Szijjártó, Minister of Foreign Affairs and Trade of Hungary, envisage deepening cooperation both in promoting the internationalization of higher education and in the fields of science and technology.

Programs and projects will be managed by the International Education Center (IEC) from Georgia and the Tempus Public Fund from Hungary.