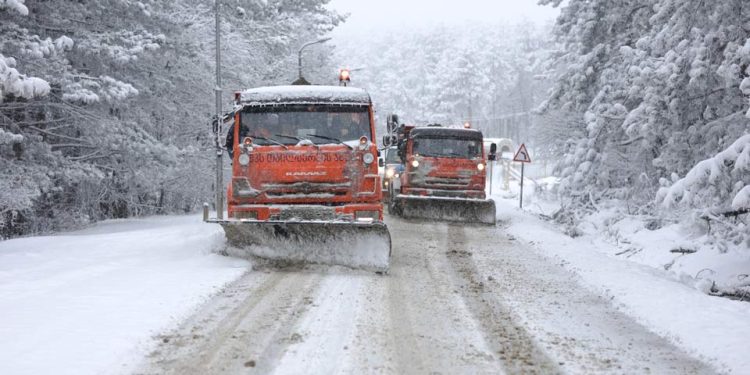 Tbilisi city hall reports cleaning and road salting works continue in the capital and the territories connected to Tbilisi. During the current days, 1000 tons of road salt have already been spread.

Davit Pachulia, head of Tbilservice Group, notes that the cleaning of central streets and avenues remains a priority at this stage.

“It is a priority to clean the central streets and avenues so that the municipal transport can move smoothly. As for the secondary streets and alleys, Tbilservice Group actively cooperates with the patrol police and the transport company, promptly reacting to the messages received on the hotline,” said Pachulia.

Tbilisi City Hall appeals to the population to refrain from driving if they do not have winter tires.