Batumi First City in Region to Have All-Electric Buses 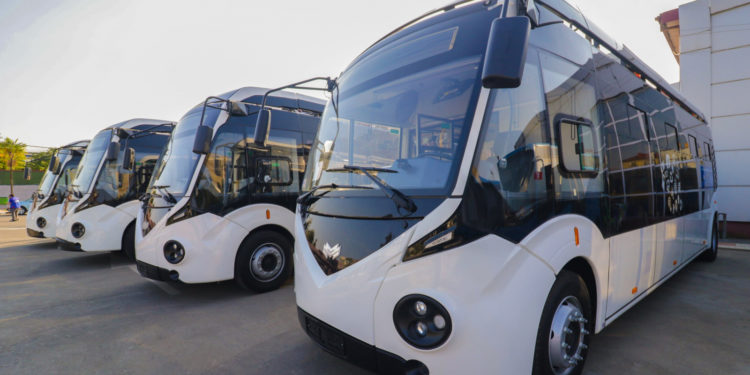 “Batumi is the first city in the region where all the buses are now electric, thanks to the efforts of and support from the EU,” said Archil Chikovani, acting mayor of Batumi.

10 modern electric buses were purchased for Batumi as part of the EU, EBRD, and E5P fund efforts to promote sustainable green development.

Chikovani noted they are trying to actively implement a green policy, including a green transport policy in the city.

Passengers in Batumi are the first in the South Caucasus to experience quiet, non-polluting electric buses!

“It is great to be on those famous electrical buses here in Batumi. It really represents what we as the European Union are trying to do here, which is to promote environmental consciousness combined with energy efficiency. Together, with partners, there’s a wide strategy and action plan to make Batumi even greener,” said EU Ambassador to Georgia Carl Hartzell.

The project facilitates provision of clean and reliable transport in Batumi. The buses are so-called low-floor buses, which means people who are impaired in terms of mobility can easily get into them.