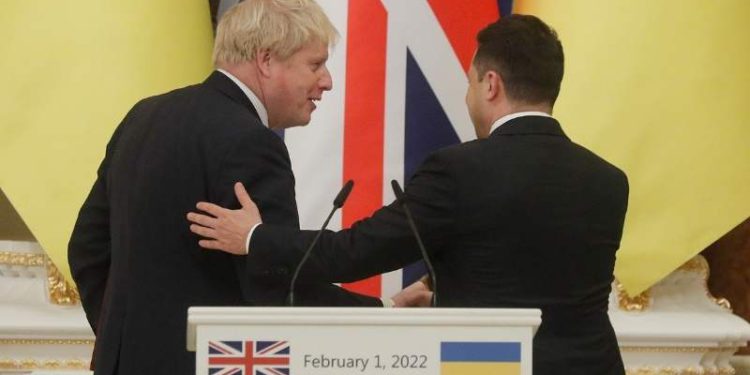 The United Kingdom is to provide GBP 88 million of new funding to aid efforts to build Ukraine’s resilience and reduce reliance on Russian energy supplies.

According to the Prime Minister of the United Kingdom Boris Johnson, London is ready to continue military assistance and deepen economic cooperation with Ukraine, as well as to impose sanctions on Russia in case of aggression.

As Boris Johnson said during his visit to Kyiv on February 1, the United Kingdom and other countries will be judged based on how much they help Ukraine.

According to Johnson, Russia’s invasion of Ukraine will end in a humanitarian, political and military catastrophe for Russia and the world.

Johnson denied that the US and Britain were exaggerating the scale of the Russian threat.

“This is an obvious and current threat,” he said.

The presidential press service said Ukraine and the United Kingdom had agreed to work together to strengthen Ukraine’s security and the ability to defend itself.

The leaders also expressed their commitment to strengthen Ukraine’s energy security and support its efforts towards the green transition.

In conclusion, the two countries’ leaders reaffirmed their desire to deepen the strategic partnership between Ukraine and the UK in all areas of mutual interest, and to continue their engagement, particularly in the framework of the Ukraine-UK Strategic Dialogue.