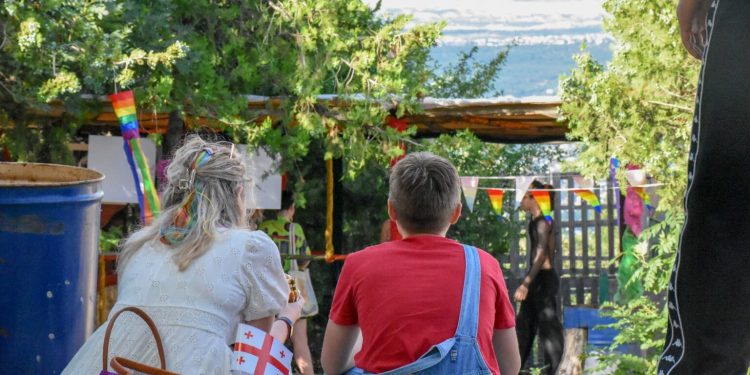 Tbilisi Pride Week took place in Georgia, which ended successfully with a festival, despite violent groups trying to disrupt it.

As the Tbilisi Pride members stated, this year, they made a sensible decision and, in order to avoid public polarization and tensions in the process of European integration, the organizers decided not to hold the March of Dignity, and all events of Pride Week took place indoors.

The police were mobilized on the spot.

The Ministry of Internal Affairs of Georgia released a statement condemning violence of any kind and called on the groups opposing Pride Week to adhere to the law, follow the rightful demands of the police, and not to exceed the limits of the right to assembly and manifestation permitted by law. Adding that, otherwise, the police would act in accordance with its mandate, and each case of violation would be immediately prevented and followed by a strict legal response.

On July 1, the Ministry of Internal Affairs reported that the opponents of Tbilisi Pride gathered and paralyzed the access routes leading to the festival site, artificially obstructing traffic. “As a result of the mentioned, the law enforcement officers called on rally participants on the site to clear the roadway. The police also instructed them to continue the protest in a place where they would not interfere and violate the rights of other citizens. Late at night, despite the warning of the Ministry, participants of the gathering did not obey the legal request of the police and offered resistance to the police officers. Therefore, the police applied proportional force in accordance with the law and arrested 26 people based on Articles 173 and 166 of the Code of Administrative Offenses,” stated the Ministry.

“The United States affirms that all human beings should be treated with respect and dignity and should be able to live without fear no matter who they are or whom they love. As we honor the resilience of LGBTQI+ people, who are fighting to live authentically and freely, we reaffirm our belief that LGBTQI+ rights are human rights,” she stated.

Ambassador of France to Georgia, Diego Colas, thanked Tbilisi Pride for celebrating freedom and fundamental rights and also thanked the police force for the excellent service and security of the event.

Pride Week ended with Tbilisi Pride Fest 2022. The festival opened in the afternoon on July 2 and lasted until the morning of July 3. Festival guests had the opportunity to listen to music, and see drag shows and dozens of performers.

Among the messages of this year’s festival was solidarity with Ukraine.

Irma Chkheidze told OC Media she was very happy to be able to participate. “I am in a great mood. I feel like everyone here is creating a large island of freedom, which is very important,” she said. “Each person is representing their own individuality, which ultimately gives us a very colorful, diverse, and free society.”

“Tbilisi Pride Festival is way more than an amazing night. It’s our way to fight for equality, freedom and love. Our action is against hatred. This is our way to catch a breath in this unjust and unequal fight, to heal, recover, and support each other,” stated the organizers.