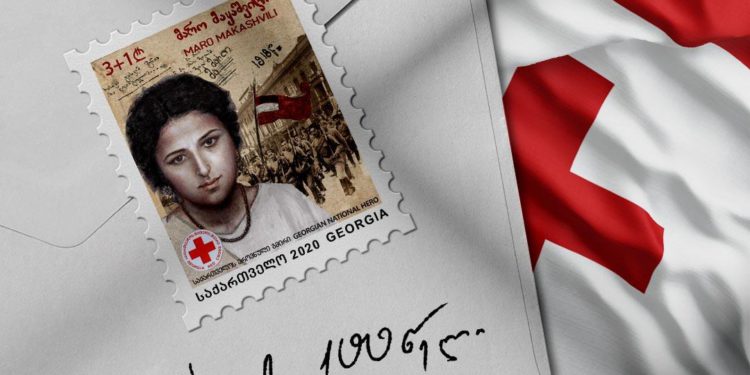 On the occasion of the 100th anniversary of the Soviet occupation, in honor of the heroes who sacrificed their lives in the struggle for the independence of the homeland, the Ministry of Economy and Sustainable Development has released a postal stamp featuring Maro Makashvili, a national hero of the country, who died heroically during the 1921 Red Army invasion of Georgia.

A postal stamp with the image of the Georgian national hero Maro Makashvili will be put into circulation in 2021.

The national hero of Georgia, a Red Cross nurse, died heroically in the battle during the annexation of Georgia by Soviet Russia in February 1921.

In 2015, she was the first woman to be awarded the Georgian Order of National Hero.