Nika Melia: I’m Going to Leave the Party Office, Nothing Can Stop Me 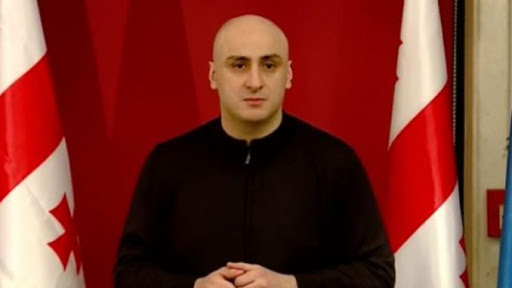 “I’m going to leave the office, and nothing can stop me.” – UNM Chairman Nika Melia

Nika Melia, the Chairman of the United National Movement, says he intends to leave the party office where he is currently present along with his teammates and supporters and taking part in both political and other activities.

Melia spent the last few days in the office of the United National Movement in Tbilisi. Together with him, other opposition politicians also stayed in office and expressed their willingness to physically protect him from the law enforcers who were expected to arrive  and arrest him following the relevant court decision of February 17.

However, on February 19, following the resignation of Prime Minister Gakharia, the Ministry of Internal Affairs postponed the execution of the decision.

“Currently, I’m staying and working at the office, I have spent many nights here in the past, which gives me the opportunity to work normally. The situation is not ordinary, of course. But this does not mean that I will not take part in the activities that will take place outside the office,” Melia told Rustavi 2 on February 19.

Asked whether he intends to take part in the rally planned for February 25 on Rustaveli Avenue, Melia responded:

“Not only on Rustaveli. Be it Gldani or other districts of Tbilisi, I am going to participate physically.”