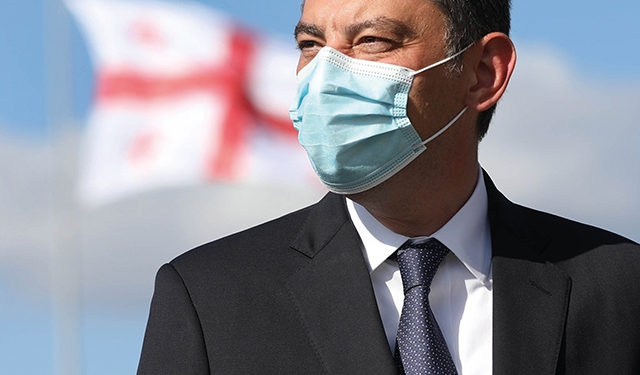 “I want to believe that this step will help reduce polarization in the political sphere, because I am convinced that polarization and confrontation between us is the biggest risk for the future of our country. – PM Giorgi Gakharia

Prime Minister Giorgi Gakharia announced Thursday morning his intention to resign. He explained that he considers it unjust to arrest UNM Chairman Nika Melia in conditions when there is a danger of political escalation, and had chosen to resign because he could not reach an agreement with his team.

“Unfortunately, I could not reach a joint opinion with my team on this issue, so I decided to resign. I want to believe that this step will help reduce polarization in the political sphere, because I am convinced that polarization and confrontation between us is the biggest risk for the future of our country,” he said.
On Wednesday night, Tbilisi City Court satisfied a motion of the Prosecutor’s Office and ruled to use the pre-trial detention measure against Nika Melia.

“We remain hopeful that we will sit down at the negotiating table with the representatives of this regime and discuss the issue of holding new elections,” Melia said at a briefing at the party office following Gakharia’s resignation.

The UNM Chairman said he believes only early elections will bring the country out of the crisis. Melia thanked his supporters and said that the main thing for the opposition has always been, is, and will be, the rule of law and the principle of fair elections.

“Mr. Gakharia has enough political and human sins in connection with June 20 [2019], and he will never wash away this stain. The fact that Mr. Gakharia resigned today and practically admitted that bloodshed and violence were planned on the free will of free people, and that he did not do so, is appreciated. But that does not help the case. Rapid action will. We, the main opposition movement, demand an urgent meeting with the representatives of the regime, with the participation of our partner ambassadors, on the only issue: new elections,” Melia said.

“Prime Minister Giorgi Gakharia decided to resign,” Chairman of the ruling Georgian Dream party, Irakli Kobakhidze said. “It is unfortunate that he made such a decision. He had a different position on the court decision against Nikanor Melia from other members of the team. However, unfortunately, we could not hear any arguments that would strengthen his position.”

“With the resignation of the Prime Minister, the Minister of Internal Affairs made a completely logical decision to temporarily postpone the arrest of Nikanor Melia,” Kobakhidze added. “We call on Nikanor Melia to obey the law. Otherwise, the government will apply law enforcement and make the arrest,” he finished. Keep updated on georgiatoday.ge for the latest political news.

On Thursday afternoon, the Political Council met and unanimously nominated former PM, former Minister of Defense and current Minister of Internal Affairs, Irakli Garibashvili, as a candidate for Prime Minister.
“The new composition of the government will be approved as soon as possible by law,” Kobakhidze said.