Goletiani: Meeting with Gov’t Reps Must Be Public 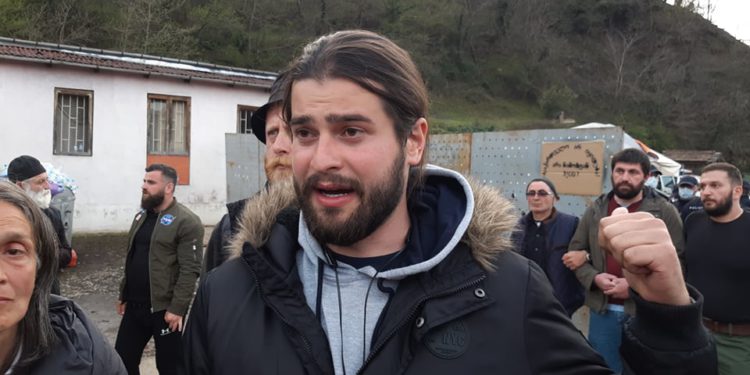 “If they do not pursue this type of transparency when there is so much public interest, it will be their problem. We will not allow them to enter without cameras present.”

Today, the government administration announced that Leri Barnabishvili, the head of the government’s Administration Relations Department, Zviad Shalamberidze and Parmen Margvelidze, state representatives in Imereti and Racha-Lechkhumi in the Kvemo Svaneti region, are in Kutaisi and ready “to resume dialogue with the protesters.”

Guardian of the Rioni Valley, Varlam Goletiani, told journalists that they had always expressed readiness to have a dialogue with the government representatives, and it was they who refused to meet.

“We get the impression that if we had not heard about this meeting by accident, they would have said that we did not show up, and this would be followed by a series of speculations. So they always repeat the same scenario. But we have no problem meeting anyone,” he said.

Protesters are willing to meet only under the condition that the discussion process will be public and attended by the media.

“People gathered here will stand in front of the municipality building and the representatives will enter on camera, so that there is no speculation about what was said there, whether we agreed on anything or decided to bypass the public interest,” Goletiani told journalists.

“It would also be good to have the media there, shooting live.

“If they do not pursue this type of transparency when there is so much public interest, it will be their problem. We will not allow them to enter without cameras present,” the Rioni Valley Guardian said.