Georgia in the Post-Liberal World Order 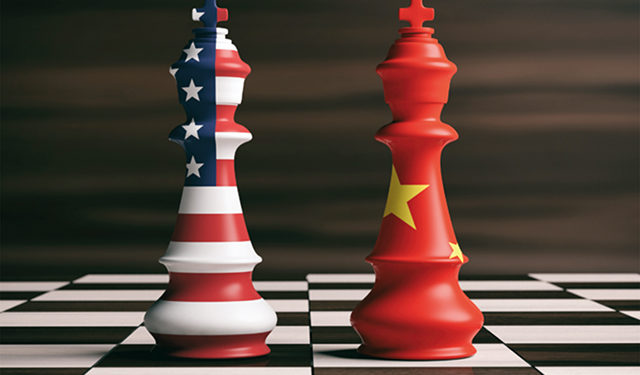 The purpose of this article is to help start the discussion on Georgia’s foreign policy amid the changing world order.

We live in a post-liberal world order. Post-liberalism does not mean abandoning liberal values, although the energy and ambitions that have characterized this global project under US leadership since the 1990s are nowadays dwindling significantly. Post-liberalism will lead to great geopolitical shifts. America can no longer be as active in spreading democracy and liberal values as it used to do. This ushers in the age of more constrained US involvement in various parts of Eurasia.

There are many reasons for this. The first is probably that the unipolar world order is finally coming to an end, which means the gradual emergence of several geopolitical and geo-economic poles in the world. China, Russia, India, and relatively small and ambitious states such as Iran and Turkey – these aim at re-organizing their immediate neighborhoods. The re-emergence of spheres of influence also involves the rejection of liberal values, and the introduction of a multipolar world order. Multipolarity also means the end of the liberal world order because it is impossible to be a supporter of liberal internationalism, limit your ambitions to certain regions, and avoid spreading liberalism all over the world. Liberalism, a kind of revolutionary movement that cannot be stopped, is either everywhere or nowhere.

To this changing geopolitical landscape must also be added America’s growing rivalry with China. In the coming years, much of the US’ economic or military resources will be focused on opposing China. All of this, in the long run, reduces Washington’s willingness to pursue as active a foreign policy in Eastern Europe, the South Caucasus, or the Middle East as it did in the 2000s. From now on, all American attention will be shifted to the Indo-Pacific region. As a concrete example, the Biden-Putin summit held in Geneva avoided issues such as Ukraine and Georgia, as NATO enlargement will cause troubles with Russia.

Where is Georgia?
A multipolar world order affects all countries. Some will be more fortunate because they have a friendly and close political-economic relationship with a major power of this or that region. Others have a better geographical position since they are located in Europe and easily remain a part of Western institutions.

The case of Georgia is much more difficult. The country has been trying since the 1990s to move closer to the West at the institutional level. A lot of success was achieved on this path during Eduard Shevardnadze’s presidency and subsequent Georgian governments. The balance of geopolitical forces in the world in the 2000s gave Tbilisi a legitimate expectation that the Western geopolitical power in the South Caucasus would inevitably succeed. Indeed, America was building a liberal world order, and the spread of democracy throughout Eurasia, as it was then believed, should have been a matter of time.
Georgia had decades to become an institutional part of the West. This failed to materialize, and today, when illiberal forces have grown stronger and are in fact forming a strong anti-liberal movement, Georgia’s chances of joining Western economic, political, and military institutions are much lower.

In search of a new foreign policy vision
What then can Georgia do to achieve its foreign policy goals and strengthen its security amid the changing global order and the less active America? Formulating a multi-vector foreign policy could be one solution. This does not mean that Georgia reneges on joining the Western institutions – NATO and the EU will remain the focus of Georgia’s external policy. However, doing so in parallel with a multi-vector foreign policy may prove more effective. Multi-vectoralism will be based on political realism, very similar to what the neighboring states have been pursuing of late. Official Tbilisi could consider establishing more intensive political ties with major players in the region, as well as Eurasia. Though Georgia has tried to pursue a similar policy before, the need for it in the post-liberal world order will greatly increase.

The multi-vector foreign policy may also be driven by another important trend. Eurasia is slowly splitting into spheres of influence. Russia, China, India, in part, and a few powers smaller than them, are slowly creating exclusive spaces where their political and economic influence will play a leading role. Georgia, to avoid falling under the influence of an undesirable power, could regard the active pursuit of a multipolar foreign policy as a solution. This means engaging all neighbors in a rather intense political-economic dialogue. It also means developing closer ties with China and India, and strengthening military contacts with Turkey and Azerbaijan, etc.

Georgia’s Obstructive Geography
Georgia’s foreign policy dilemma revolves around its fixation on the West. Though profitable in many ways, is also serves as an impediment. But multipolar foreign policy too will face significant obstacles. For example, strengthening relations with Iran and China could damage Georgia’s ties with the West. Furthermore, the illegal control of Georgian lands by Russia limits the possibility of a dialogue with Moscow.

In a way, geography makes Georgia destined to be fixed on the West even if it ends up damaging it. But Georgia’s troubles are also compounded by the fact that a conditional border between the West and the anti-liberal powers will be transiting through the Black Sea and the South Caucasus. Much will depend on the West: was its support for Georgia merely an expression of the spread of liberal values, or a result of concrete geopolitical calculations? If the West is driven by geopolitical interests in Georgia, it can be assumed that the country will be in the camp of liberal democracies. Otherwise, the historic opportunity that Georgia had to join the Euro-Atlantic institutions during the heyday of the liberal world order could be lost for a long time to come.