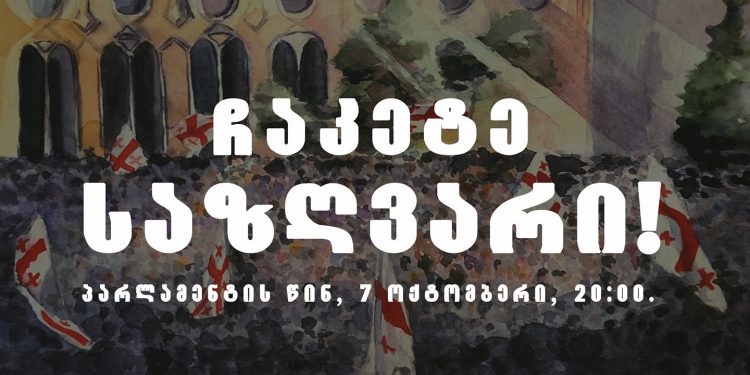 Civil society is holding a ‘Close the Border!’ rally in front of Georgia’s Parliament on Friday, October 7 at 20:00.

In reaction to the partial mobilization that led to a massive influx of Russian migrants into Georgia, the Georgian populace demands that the borders be closed to Russians.

“Georgia’s national security was jeopardized as a result of the uncontrolled migration of Russian citizens into the country,” stated the protest organizers.

Demonstration leaders announced, “Everyone who recalls Georgia’s recent past, everyone who is concerned about Georgia’s future, is waiting for you in front of the Parliament!”

– Close the Georgia-Russia border to Russian citizens (with exceptions being made for ethnic Georgians, Georgian citizens, Caucasians, and humanitarian missionaries);

– Prohibit the issuance of a residence permit to Russian citizens;

It is critical to emphasize that civil society has organized the demonstration and the protest is not associated with any political party.