Speaker: Crimea Platform was Good Opportunity to Demonstrate Russian Aggression as We Envision it from our Experience 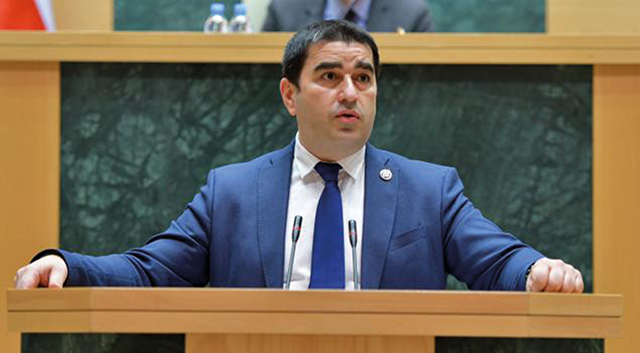 “It was an important and a historical day in terms that the Parliamentary dimension of the Crimea Platform has been established, unifying the countries, which on the one hand condemn the Russian aggression, and on the other hand, are solidar to Ukraine. The First Parliamentary Summit of the International Crimea Platform provided us with a good opportunity to once again demonstrate to our colleagues the Russian aggression as we envision it from our experience and the instruments against it,” the Speaker, Shalva Papuashvili stated when summing up the visit.

As he noted, the Parliamentary Delegation, within the Crimea Platform in Zagreb, enjoyed the opportunity to share the experience of Russian aggression and occupation and describe the instruments against the aggression.

“The Platform allowed us to, along with other attendees – the Speakers of about 30 Parliaments were attending the Summit – address the audience that Georgia, being numerously through the Russian aggression, still suffers the occupation by Russia. I believe, our experience was important for the attendees as we could estimate it based on their responses since the issues I mentioned in my speech, documentation of the war crimes, international solidarity, and adherence to the basic fundamental principles of international law – are the aspects that are important for the elimination of such aggressions on the one hand, and prevent them in the future on the other hand. It is a milestone of peace that our region aspires to and thus, the Platform was a good chance for us to once again demonstrate to our colleagues our experience of Russian aggression and the instruments against it.”

The Parliamentary Delegation, composed of the Speaker, Shalva Papuashvili, Vice-Speaker Archil Talakvadze and the Chair of the Foreign Relations Committee, Nikoloz Samkharadze, accomplished the visit to Croatia.