Public Defender: Amount of Leaked Documents Shocked Me, It Is Total Eavesdropping 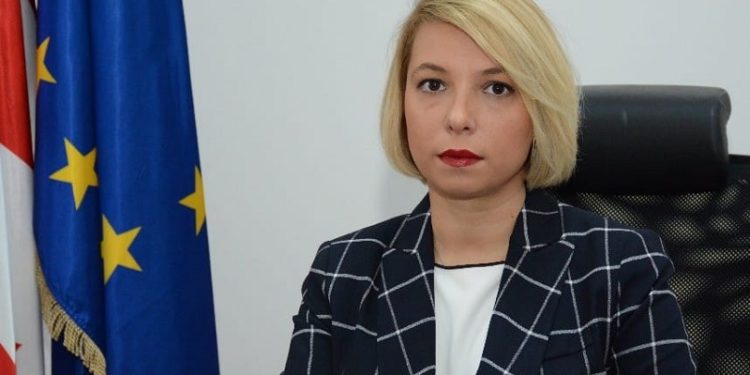 “The amount of leaked documents, the details and the information the state collects about ordinary citizens, shocked me,” Public Defender of Georgia Nino Lomjaria told Palitranews TV.

The ombudsman notes that these documents prove that there is actually total eavesdropping.

Lomjaria said she got acquainted with the materials and was interested in how much of an impression it left. She noted that she had found her own name in the records and confirmed the communication that is in the records.

The Public Defender says the purpose of the recordings by the intelligence services is to have information about all persons so that they can use it later for political purposes if necessary.

At the same time, religious associations of the Public Defender’s Council of Religions and Tolerance Center protested the released secret materials.

“We are astonished and express our extreme protest against the released secret materials and information contained in them.

“According to media reports, the State Security Service conducted illegal and thorough wiretapping and surveillance of the activities of the Council of Religions and the Tolerance Center of the Public Defender of Georgia, leaders of all religious organizations, clergy, parishioners, their families, relatives and friends, including minors, everyone who were in any contact with them, regardless of whether they belonged to a religious minority or a majority.

“At the same time, according to the spread materials, we can conclude that extraordinary measures were planned against representatives of religious organizations and defenders of religious freedom in order to discredit their activities and private life.

“According to the media reports, the activities of various religious groups and their rights defenders were studied through counterintelligence measures, in the context of alleged activities against the reputation and unity of the Georgian Patriarchate and the State.

“The released materials can only indicate that the Government, through the Security Service, committed the gravest crimes against its people, its own citizens, all religious associations, civil society, constitution, democratic and secular structure of the State.

“As a result of this heaviest, unprecedented and large-scale move, representatives of religious associations and human rights defenders, all people who have become victims of illegal surveillance and wiretapping, can no longer feel protected or secure in Georgia.

“Members of the Council of Religions are considering what legal and international mechanisms we can apply to protect our rights and freedoms, our security.

“At the same time, we urge everyone: the Georgian Government, opposition parties, human rights organizations, religious associations, the media and private individuals to exercise extreme caution relating to secret information, as it may inflict the most serious, completely undeserved and irreparable harm on the security and reputation of each person, including minors, which is particularly alarming.

“In addition, for the reasons mentioned above, we consider it urgent, as far as possible, to restrict access to the contents of the released files and to ensure full closure of any personal information.

“Finally, we declare once again that we strongly condemn and protest against the total evil committed by the State against human beings, innocent and law-abiding citizens and religious associations!

“It is vital that the perpetrator be held accountable for this heinous crime!”, reads the statement.

The above statement is signed by:

Files containing covert surveillance and illegal eavesdropping were leaked to the internet a few days ago. According to the materials, the state security officers illegally listened to clergy, journalists, politicians, and foreign diplomats. The Prosecutor’s Office has launched an investigation into the illegal wiretapping.