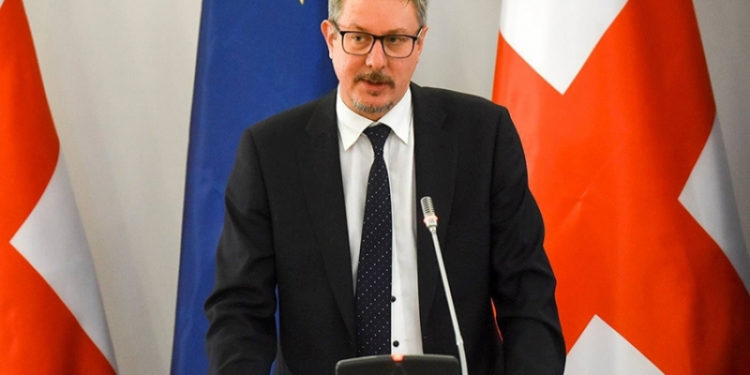 After scandalous files were spread on the internet this week, it became clear that the State Security Service has also been listening to foreign diplomats, including the EU Ambassador to Georgia, Carl Hartzell.

Based on the information received, on September 8, the EU Ambassador to Georgia, Carl Hartzell, spoke to his aide, who told him that the next day he was to attended the meeting with the clergy which would last about an hour and a half.

The files contain secret records of the EU Embassy in Georgia, the Israeli Embassy, and the Council of Europe. Diplomats were monitored by the intelligence services through their aides.

Files containing covert surveillance and illegal eavesdropping were leaked to the internet two days ago. According to the materials, the state security officers illegally listened to clergy, journalists, politicians, and foreign diplomats. The Prosecutor’s Office has launched an investigation into the illegal wiretapping.