Ten residents of Shukruti are now on hunger strike, and five men and three women have sewn shut their mouths.

They are currently demanding attention from the central government.

Residents of the village of Shukruti have been saying for many years that they are suffering because of the work done by the manganese mining company Georgian Manganese – their houses are collapsing, roads are being damaged, etc.

The protesters are demanding compensation from the company, however, the company does not agree with this request.

“The protesters, who have used extreme measures of protest, are demanding a meeting with government officials and attention from human rights organizations.”

The protesters tried to set up a tent in front of Chiatura City Hall, but were reportedly prevented from doing so by the police chief and the city mayor. Currently, their tent is set up in Shukruti, near the Korokhnali mine.

“No one is paying attention, so we were forced to turn to this extreme form of protest and have our mouths sewn up. We demand the involvement of the central government to solve this problem,” the locals claim.

The problems of the local population have been exacerbated since 2019, and the demonstrations also started back then. Residents blocked the road in September 2019 and suspended the operation of manganese mines.

Following the September protests, a commission was set up with Georgian Manganese, with the participation of the city mayor and the village governor, to investigate the damage and then start compensating for the loss, but locals say the commission’s work has not yielded any real results.

The position of Georgian Manganese is that the damage reported by the population is not related to the company’s activities, but was caused by works conducted during the Soviet period and was compensated during that period.

“Giorgi Neparidze, one of the leaders of the Shukruti protest, says that they halted their protest in June 2020 after receiving a verbal promise that there would be a three-party agreement between local residents, the government, and Georgian Manganese ensuring that the company would compensate the villagers. But such an agreement never emerged,” reported OC Media.

The same source says the protesters are living in a tent erected in 2019. There is no electricity in the tent and in winter, residents brought a wood-burning stove to keep themselves warm. Last week, a second tent was erected for the women who have joined the protest.

“As mining is carried out 24/7, the sound of machinery makes it hard to have even a conversation. The protesters say the noise gives them frequent headaches,” reads the article.

See the heartbreaking stories of locals in detail here. 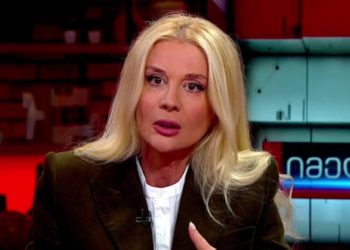