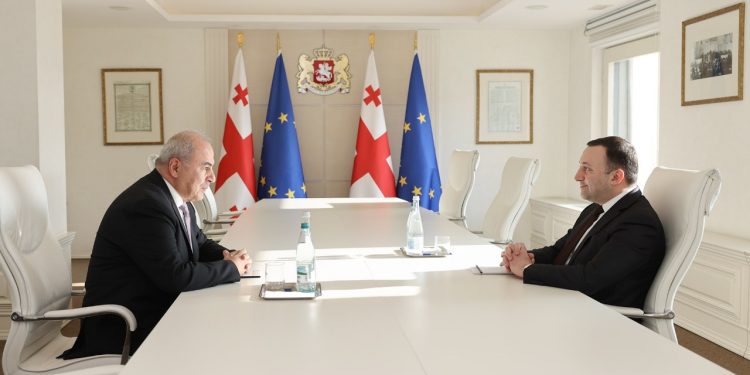 The Head of Government congratulated the diplomat on his appointment to a new position and wished him success in his future endeavors.
The friendly and good-neighborly relations between Georgia and the Republic of Armenia were emphasized and hope for active cooperation in a variety of areas was expressed.
In different years, Sharvashidze has worked in various positions at the Ministry of Education and Science, including as First Deputy Minister. He also has been engaged in scientific and pedagogical work. In 2016-2022, he served as Rector of the Tbilisi State University. In addition, in 2004-2013, he served as Director of the Academic Support Program at the Open Society Institute in Budapest.
Sharvashidze is a Candidate of Pedagogical Sciences, Fellow of the Academia Europaea, and Recipient of the Order of Excellence. He has authored a monograph and scientific articles.
Tags: Ambassador to ArmeniaFormer Rector of TSUGiorgi Sharvashidze
ShareShareTweet