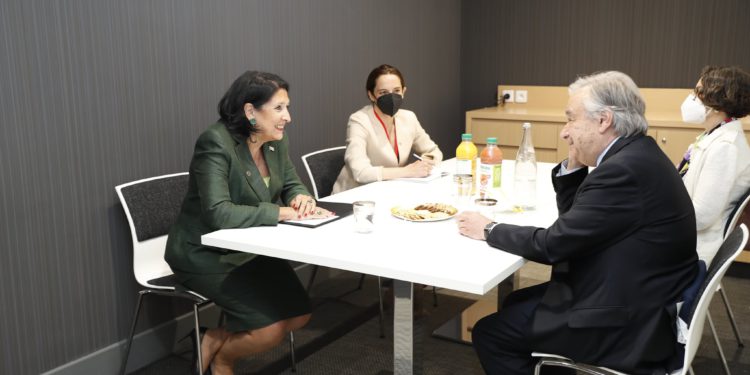 The administration says the President of Georgia raised the issue at a face-to-face meeting with Antonio Gutierrez within the framework of the Generation Equality Forum in Paris today.

“The conversation focused on the dire humanitarian situation in the occupied territories of Georgia and human rights violations, including restrictions on freedom of movement by the occupation regime and illegal kidnappings of people,” reads the statement.

Gakheladze, a Georgian citizen residing in the village of Kvemo Chala, near the occupation line, was shot by Russian-controlled occupation forces in the summer of 2020. Later, the “Supreme Court” of the self-proclaimed republic of South Ossetia has sentenced him to 12 years and 6 months in prison in February 2021.