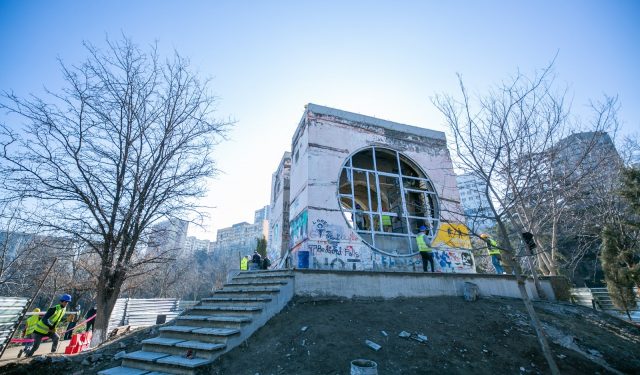 The former ropeway building located in Mziuri Children’s City is being rehabilitated, Tbilisi City Hall reports. After the renovations, the building will be transformed into a contemporary art gallery.

Tbilisi Mayor Kakha Kaladze visited the reconstruction site today. According to Kaladze, the rehabilitation will be finished by April.

“We started to carry out one more project in Mziuri Park. Last year we finished the full rehabilitation of the park and promised our residents that this construction – the former ropeway building, which has been in severe conditions for many years, would be rearranged and restored,” said the Mayor.

Mziuri Park, one of the popular venues in Tbilisi, was opened in 1982. The park got severely damaged during the 2015 Tbilisi flood and was fully renovated last year.