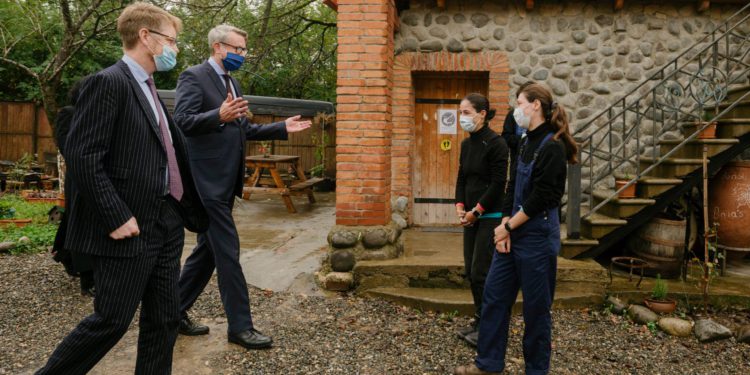 Lawrence Meredith, Director for the Eastern Neighborhood and Institution Building at the European Commission, and EU Ambassador Carl Hartzell traveled to Georgia’s Imereti and Adjara regions to meet citizens and see EU projects in the regions.

In Imereti, they explored Georgian tradition with a fresh touch at Baia’s Wine run by a young woman entrepreneur who scaled-up production and started exporting to EU countries thanks to European support. 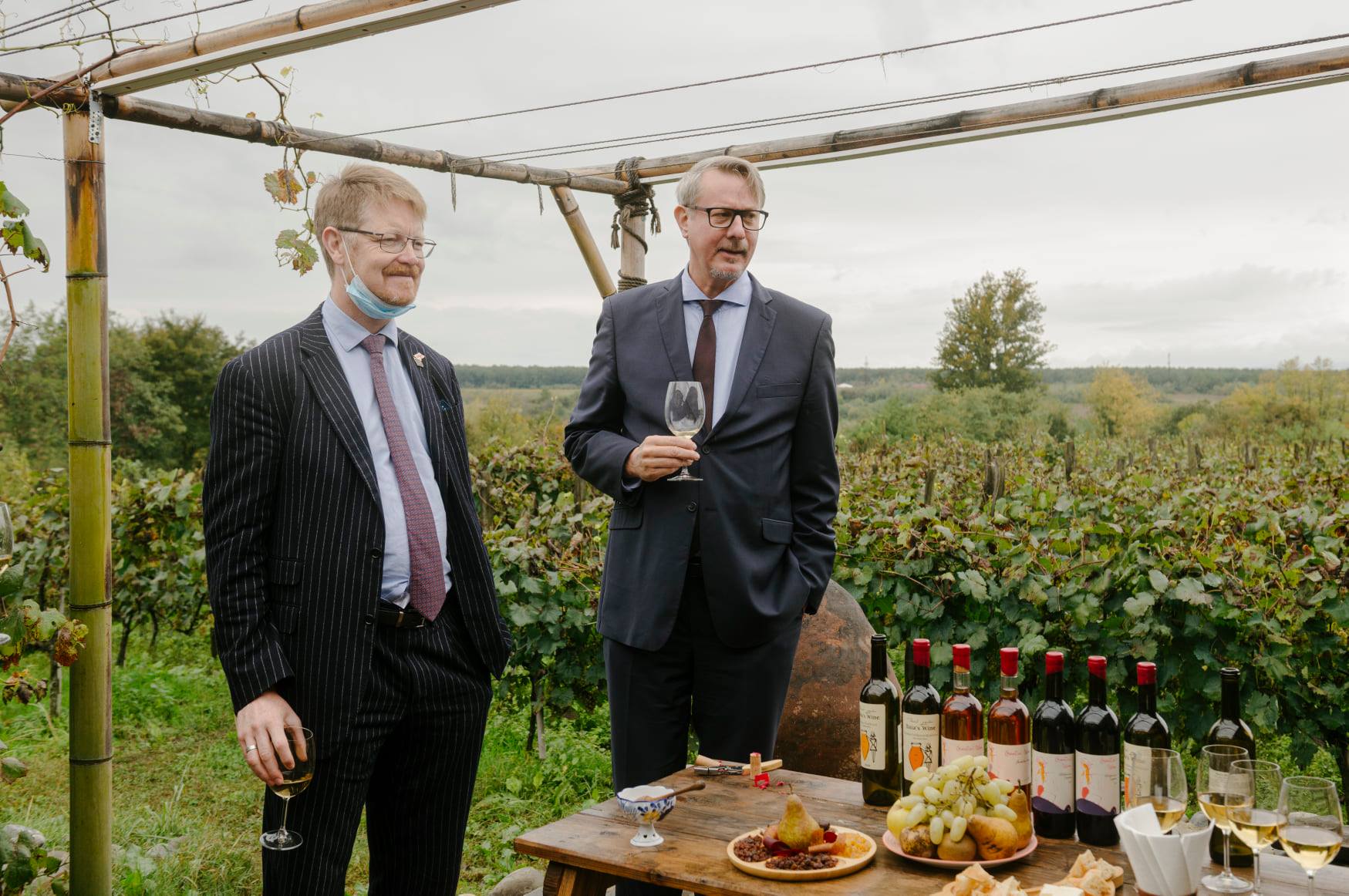 Then they traveled to Zeniti, a small village in Kobuleti which will soon benefit from high-speed internet connection, to learn about ongoing efforts and opportunities created for local citizens.

“We are working on extending high speed internet connections to 1,000 villages in Georgia together with EIB,” announced the EU officials.

At the end of the day, they met young people with hearing loss employed by Adjara Group thanks to a job fair organized through the EU’s Skills4Jobs program. 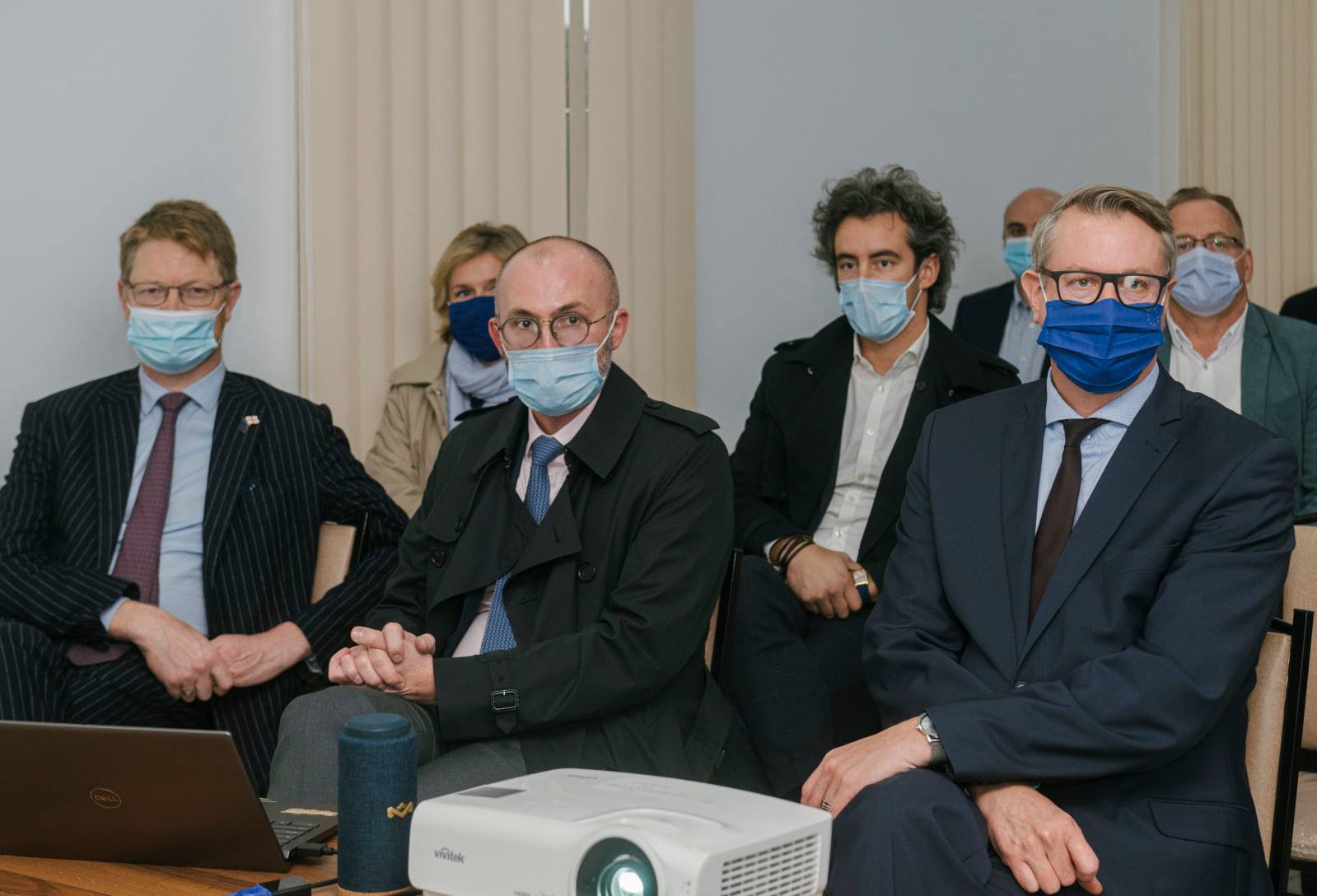 In Adjara, the EU officials honored the memory of the victims of the Batumi tragedy.

The panel was moderated by Sandros Charalampopoulos, Advisory Board Member of the European Business Association (EBA).