After a three-day disappearance, police found Ramaz Gerliani, director of the Center for Economic Transformation, and an economic expert, alive.

Interpressnews reports that Gerliani was questioned at the police station. After questioning, he explained to reporters that he felt bad. As it became known to the agency, he had left Tbilisi, and so law enforcers began looking for him elsewhere.

He announced he was in Surami and “was mainly moving in the direction of the Surami forest.”

Speaking about the reason for his disappearance, Gerliani explains that he was under pressure from a police officer and was subject to “unworthy and disrespectful behavior.”

For the record, Gerliani, who went missing on December 19, posted a Facebook post before his disappearance, in which he accused Giorgi Gogniashvili, an employee of the Ministry of Internal Affairs, of blackmail and invasion of his private property. According to Gerliani, he found the armed law enforcer in his apartment on November 14, who then interrogated him with false motives. Gerliani applied to the police department but did not receive a response.

“The law is silent. I also want to be silent, forever,” he wrote.

On December 21, law enforcers found his mobile phone and a short letter left in his office, which read that he had been through a lot and he “was tired.” 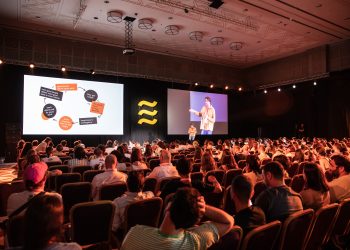