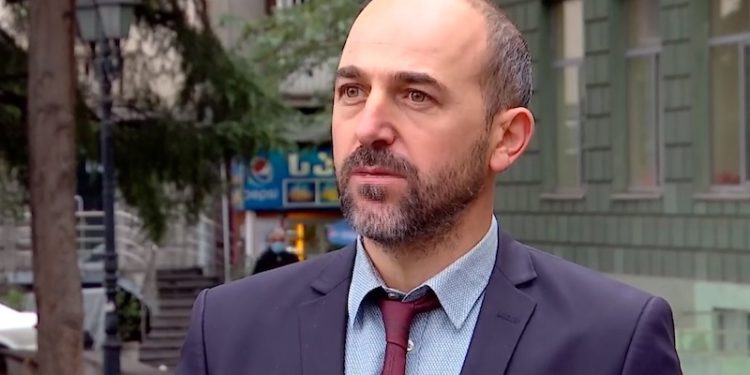 Law enforcers found a letter by and mobile phone of Ramaz Gerliani, economic expert and Director of the Center for Economic Transformation, who went missing on December 19 following a conflict with a policeman who supposedly blackmailed him by disseminating information about his personal life, IPN news agency reports.

The mobile phone, which was on his desk, had a password written on it with a marker, so that the police could open his phone.

Further, in a short letter, Ramaz Gerliani states that he had to go through a lot and he “is tired.” He also addresses his children, telling them that he loves them and asks God for forgiveness.

According to his relatives, the Director of the Center for Economic Transformation went missing in an unclear situation. His car was last seen near the Avchala police building. The relatives say they have not been able to contact him for two days.

Gerliani posted a Facebook post before his disappearance, in which he accused Giorgi Gogniashvili, an employee of the Ministry of Internal Affairs, of blackmail and invasion of his private property. According to Gerliani, he found the armed law enforcer in his apartment on November 14, who then interrogated him with false motives. Gerliani applied to the police department 35 days ago, but did not receive a response.

“The law is silent. I also want to be silent, forever,” he wrote.

An investigation was launched under Article 143, which stipulates illegal deprivation of liberty. However, the Ministry of Internal Affairs has not yet commented on the issue.