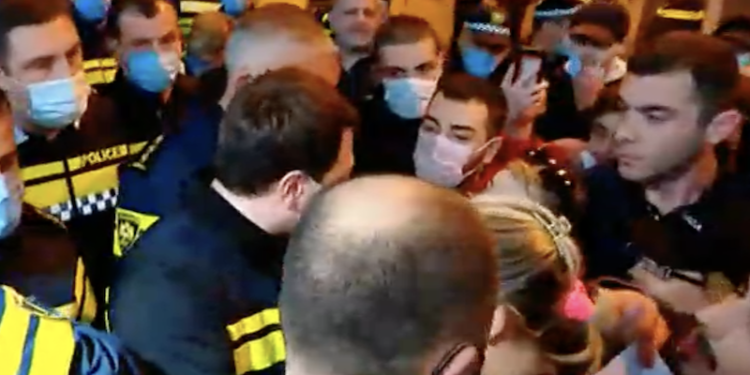 The situation became tense near Bidzina Ivanishvili’s business center in Tbilisi this evening, where a rally is being held demanding the release of ex-president Mikheil Saakashvili.

Three people were detained by law enforcers after a confrontation between the police and the protesters.

Protesters are confronting law enforcers for not allowing them to stick stickers on the walls near Ivanishivili’s entrance.

Tags: Mikheil Saakashvili is arrestedRally in Support of Saakashvili
ShareShareTweet