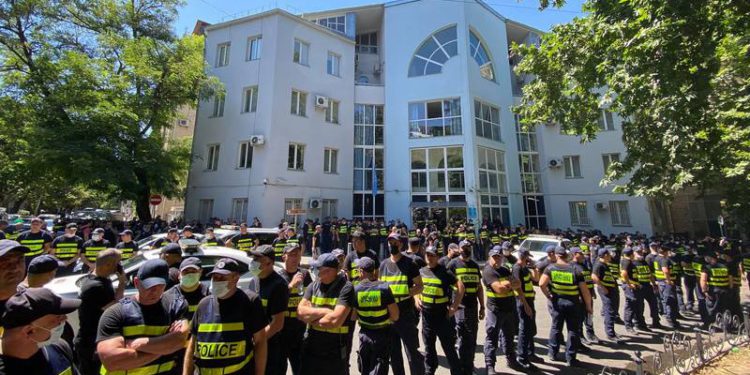 Three days of administrative detention was ordered for Soso Guerliani, who was detained during the anti-Pride rally. He will leave prison on July 8.

MIA representatives explain that on July 5, the detainee and protesters verbally abused and chased two young men, presumably minors, who were walking near the Round Garden, for only wearing colorful T-shirts.

Apart from verbal abuse, the situation contained the threat of physical confrontation.

Soso Guerliani was arrested under Articles 166 and 173 of the Administrative Offences Code, which pertain to cursing, swearing, insulting citizens in public, and disobeying a lawful request of a police officer.

Another person arrested at the violent rally was released after paying a 2300 GEL fine. The person was arrested under Articles 166 and 173 of the Code of Administrative Offenses, which stipulates petty hooliganism and disobedience to the police.