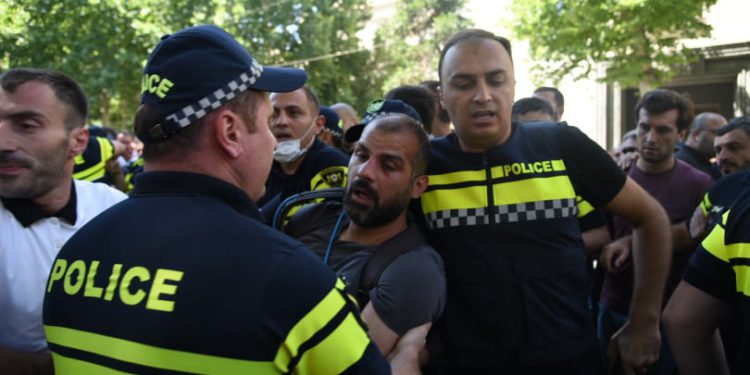 The Ministry of Internal Affairs has issued a statement noting 3 people have been arrested for violence towards the representatives of the media and for unlawful interference with professional activities and threats of physical violence at the rally on Rustaveli Avenue held on July 5.

As the statement notes, the investigation established that during the rally against “Tbilisi Pride,” the detainees acted violently towards representatives from TV Rustavi 2, Mtavari Arkhi, the publication – Tabula, and the news agency “NewPost,” with a threat of violence, they obstructed journalistic activities and inflicted physical harm.

“Active investigative actions are underway to identify persons involved in acts of violence and violations of the law. As for now, 25 representatives of various media outlets have already been interviewed, materials on incidents are being studied. Active investigative measures are underway to identify and arrest persons involved in crime,” reads the statement.