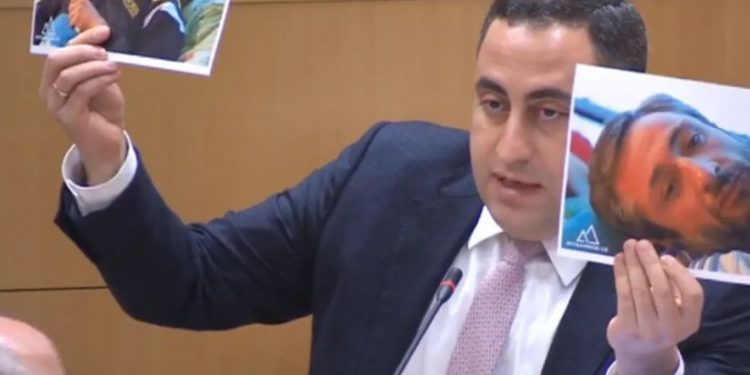 Giorgi Vashadze, the leader of “Strategy Agmashenebeli,” on June 8 exhibited photos reflecting the situation in the village of Shukruti.

Locals living in the village of Shukruti in Chiatura, Georgia’s mining town, have been demanding compensation from Georgian Manganese, the company that has owned and operated the Manganese mines in Chiatura, for years. They began to sew shut their lips in an extreme form of hunger strike.

“The bankruptcy manager of the company, who is a person appointed by the government, did not meet with them. Because Georgian Dream does not visit these people and is not interested in what they claim and why they are on hunger strike, I will submit photos to Parliament so that they can see the ecological catastrophe that is taking place in Shukruti,” Vashadze said.

Protesters from Shukruti village in western Georgia have stopped their earlier dry hunger, but the hunger strike continues. The residents of Shukruti made the decision due to Georgian Manganese’s apparent willingness to start a dialogue with them.