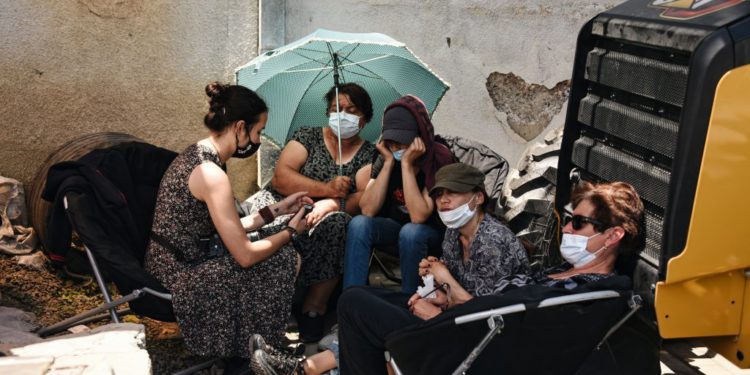 Protesters from Shukruti village in western Georgia have stopped dry hunger but the hunger strike continues.

The residents of Shukruti made the decision due to the company “Georgian Manganese” willingness to start a dialogue with them.

“The management of Georgian Manganese and the state manager of the company Nikoloz Chikovani expressed their desire to negotiate new terms. From residents of the village of Shukruti side, a highly qualified lawyer/mediator is involved in the negotiations with the company and we hope that the negotiations will be completed as soon as possible,” said Nodar Chachanidze, head of the Chiatura Ecoclub.

Georgian Manganese issued a statement noting the parties agreed that the processes would move forward to the negotiating table.

It has been 29 days since the population of Shukruti had lips sewn. Residents of Shukrutu moved to the US Embassy in Tbilisi on May 30 and continue to protest here. The decision was made due to a lack of attention on the part of the state.