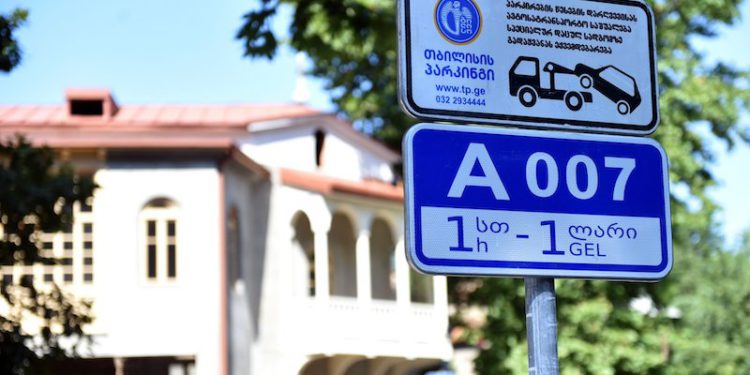 A zonal-hourly parking system in Mtatsminda, Chugureti and Didube districts will be launched on March 1, mayor of the capital Kakha Kaladze stated at today’s meeting of the municipal government.

According to him, additional places will switch to zonal-hourly parking in the Saburtalo district.

Zonal-hourly parking in the Didube district includes Tsereteli and Tsabadze streets with a total of 90 parking spaces.

A total of 497 parking spaces will be allocated on 13 streets in the Chugureti district.

A total of 1,116 places will be put into operation in Mtatsminda district, Freedom Square and 32 nearby streets.

According to Kaladze, starting from February 1, information booths will be set up in the mentioned districts, where the population will be able to see detailed information.

“The problem is that the locals have serious problems on certain streets, in certain districts, they cannot park their cars near where they live- everything is so crowded.

“Consequently, parking for the local population in the vicinity of their place of residence will be completely free on specific streets and places allocated by the municipality. The most important thing is to register their car,” Kaladze said.

He said special parking spaces will be allocated for people with disabilities and owners of electric vehicles who will be able to enjoy free parking.