ADC: 3 Years Since Georgian Gov’t Killed Anaklia Port Project, and All It Has Done is Break Promises about Its Future 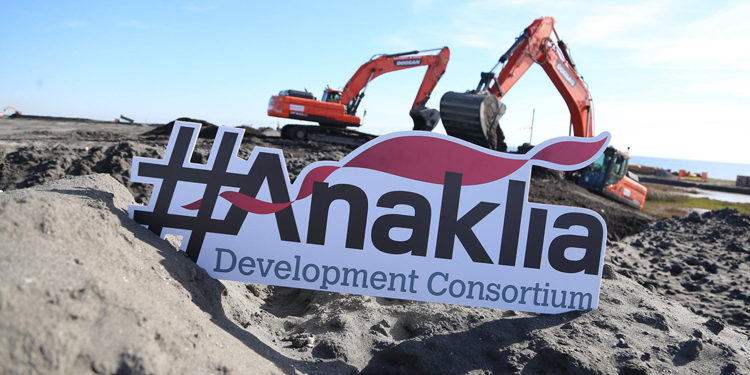 The Anaklia Development Consortium (ADC) issued the following statement on the occasion of the third anniversary of the Georgian Government’s termination of its investment agreement with ADC.

On this date three years ago, the Georgian Government wrongfully terminated the investment agreement with the Anaklia Development Consortium to develop a new deep water port at Anaklia.  That Port would have transformed Georgia and its economy.  Over the past three years since the wrongful termination, all the Government has done is make empty promises about its purported commitment to Anaklia.

The last three years have only brought stalling, deception and outright falsifications by the Georgian Government with respect to Anaklia, along with its ongoing politically-motivated campaign to destroy the reputation and legal standing of the project’s primary Georgian sponsors, Mamuka Khazaradze and Badri Japaridze. There have been five Prime Ministers during the period since the tender was awarded to ADC, all of which belong to the ruling Georgian Dream party and all of which have served at the pleasure of Bidzina Ivanishvili.

Had the Anaklia project proceeded under its original schedule, Phase 1 of the port would now be operating, with the capacity of up to 900,000 20-foot cargo containers (TEUs) and dry bulk cargo capacity of 1.5 million tons (far larger than the current capacity of Poti Port).   The economic benefit to Georgia would have been enormous, and trade could move between Asia and Europe efficiently and outside of Russian influence.

This is particularly important given the developments of the past year, where the Russian invasion of Ukraine has made the concept of the “Middle Corridor” that much more imperative for trade between Asia and Europe.

It is important to note that ADC has acted in good faith throughout this three-year period, including temporarily postponing its arbitration claim during the initial period of the Covid pandemic, and making countless efforts during this time to engage with the government to seek ways to get the project back on track and avoid the continuing arbitration, including its standing offer to help the Government find new investors and financing.

Another Anaklia-related anniversary will be recognized next month, when three years ago director of Anaklia Development Agency, David Javakhadze told Accent News that the date of a new tender on Anaklia deep sea port “will be known in about two weeks.”

Georgia has waited two weeks, then two months, and now three years and still, no tender.

The fact that we still do not have a tender, much less a viable project at Anaklia, is the clearest evidence that this Government is really talking out of both sides of its mouth when it speaks about Anaklia. It has no real wish to see Anaklia developed.

Listed below is a partial list of all the instances where the Georgian Government has made representations about a new tender for the Anaklia Project.

The common denominator of all of these promises is that none of them have come true.  There is still no project, there is still no tender.  There is nothing but lies to the Georgian people, to foreign investors, financial institutions, our European and US allies and the ports and transport sectors.

The irony is not lost that the Georgian Government used the pretense of missed deadlines as a reason for terminating the investment agreement with ADC, but itself has failed to follow through with all of its own promises and deadlines over the past three years.