The US, NATO & Ukraine Deny Withdrawal of Russian Troops from Border 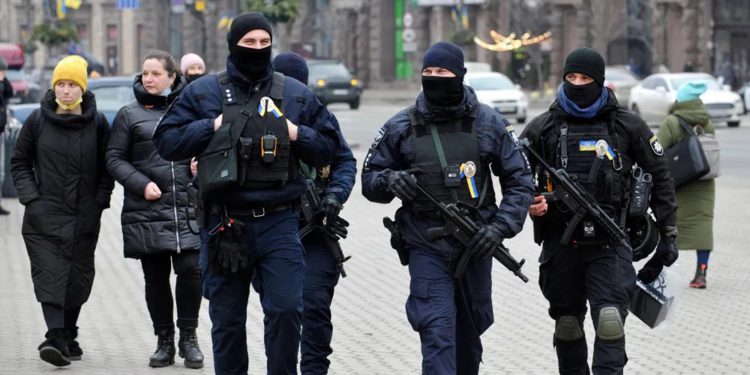 The United States and NATO say Russia is not withdrawing but continues to mobilize troops along the Ukrainian border.

“There is a growing Russian military presence at Ukraine’s borders, Western countries warned on Wednesday, as Estonia said battle groups were moving ahead of a likely attack to occupy ‘key terrain,’ contradicting Moscow’s insistence of a pullback,” reported Reuters.

U.S. Secretary of State Anthony Blinken said major Russian units were moving toward the border, not away from it.

“We have not seen a withdrawal of Russian forces. We continue to observe. The units are moving towards the border, not away from it,” Blinken said in an interview with MSNBC.

“In fact, we see the opposite – in recent weeks and even in recent days, more, not fewer, Russian forces are on the border and they are moving into combat positions,” Price said, adding that the invasion could happen at any time and the world should be ready. .

NATO Secretary-General Jens Stoltenberg has said that moving troops and tanks back and forth is not evidence of withdrawal.

“We have not seen the withdrawal of Russian forces. What we are seeing is that they are increasing the number of troops and more troops are on the way. So there is no de-escalation yet,” Stoltenberg said before the meeting of NATO defense ministers. He added that NATO can confirm with satellite photos that there is no withdrawal of Russian troops.

“We are ready to further strengthen our defensive and restraining positions in order to respond to any unforeseen circumstances,” the statement said.

Ukrainian President Volodymyr Zelensky also said he did not see a withdrawal of troops.

“There are only statements as yet,” he told the BBC.

Russia has deployed particularly large numbers of its troops in recent months in Belarus and other regions of Russia bordering Ukraine.

According to the intelligence services of Ukraine and Western countries, Russia may be preparing for a large-scale military attack. Moscow denies it plans to attack Ukraine.