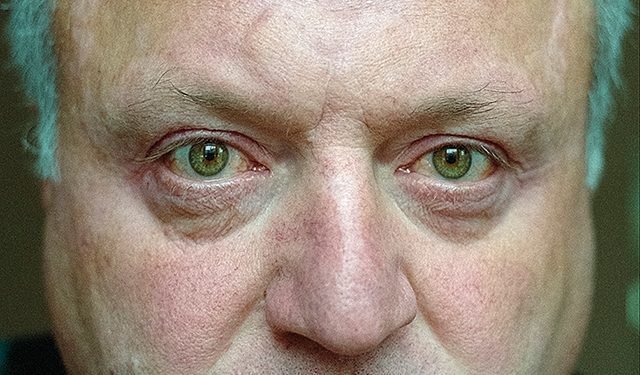 Fifteen-year-old Khalina of Seti, the future town of Mestia, has been dreaming of a Svan watchtower with only two top “eye” windows on each side, which to her resembles a warrior’s helmet. A face appears there, and it begins talking to her; the conversation seems to last for ages.

—You are telling me so much! I don’t know what to do with it all, especially as you forbid me to share it with my people.

—Only for now. I ask you to write it all down (you do know how to write, I have seen this too). Its time will come, even as ours—that of mountains, ice or snow creatures and towers who are aware and can communicate—fades. Soon you will be alone as physical beings who can talk. This must be.

—WHY? I envisioned a whole lifetime of friendship with you and others! Is it ordained that you draw back?

—Yes. Our thoughts will not disappear, nor will we as thinking beings. We will commune only with each other. I will still have my far-reaching or small-seeing spies, the birds, rodents and insects which inhabit me and greatly extend my vision. Through them I can see as distant a landscape as they can roam, or as tiny as they can perceive among my stone roots and hidden parts. My life will never become tiresome or isolated. As for your kind… there are other things set aside for you to do, as the world arrives with unstoppable force in future generations. You will have both to change and not to lose your identity as the people of Svaneti. We will pass into legend; you will advance to your destiny, dimly remembering us. We must decrease so that you can increase. Otherwise, in your ascent, there would be war between us.

For this reason, I wish my words to be preserved until their time comes, so that these long ages of our life will not become only fable, but will be rediscovered as part of the long history of your land. We may have more conversations until it is finished, but please begin writing as soon as you are free so to do. This will allow both our conversations, and you as recorder, to live on in a new way.

Khalina awoke, with it all fresh as any talk of moments ago. She lit a candle, then reached under her bed’s floorboards, looking for her secreted quill, paper and ink.

Nothing was left of the parchment and feather but a pile of dust and a few fragments. Moths! She should have known better! Where could she get more, these having been so hard to acquire in the first place?

That night, the edifice appeared to her again in her slumber.

—What can I do, O Tower? It took me months to get that vellum with no one noticing!

—Some of our enemies are tiny and silent but numerous, existing only to consume. They would eat my very foundation stones, if only they could.

I will tell you where to get more parchment: I do not have spies everywhere for nothing! The risk must be yours, but the location I can at least tell. However, this must not be a theft. You must leave something of at least equal value in return for what you take, or you leave an opening for more devourers. Then, I will tell you how to ward them off for additional protection. I cannot be with you when you are awake, only in your dreams; so here are my instructions.