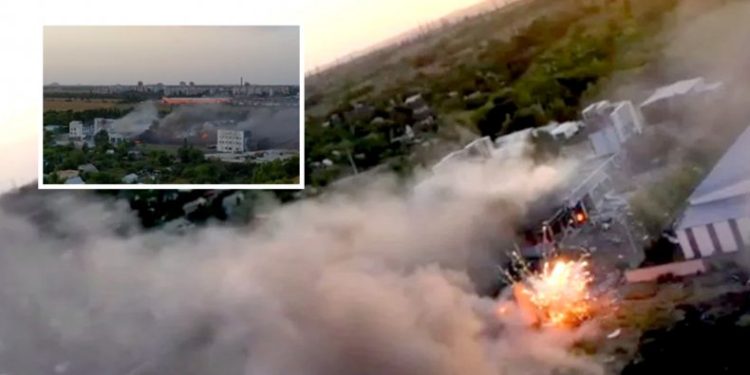 A fire broke out at the ‘Pyatnashka’ base of the Russian-Abkhazian battalion in the suburbs of occupied Donetsk, the head of the military administration of the Luhansk region, Serhiy Haidai, reported.

“Good news. Now in Donetsk, someone either smoked carelessly again, or “stones” fell from the sky – the base of the international gang, the famous ‘Pyatnashka’, is on fire,” he said.

He notes that there are many dead and injured on the side of the enemy, while equipment was also destroyed.

The Ukrainian media writes that the ‘Pyatnashka’ battalion is an illegal armed formation, which consists mainly of Abkhazians. During the war in Eastern Ukraine, members of the formation fought in the ranks of Russian militants. It was created in June 2014.