Statement of ICC Prosecutor: Receipt of Referrals from 39 States Parties & Opening of Investigation 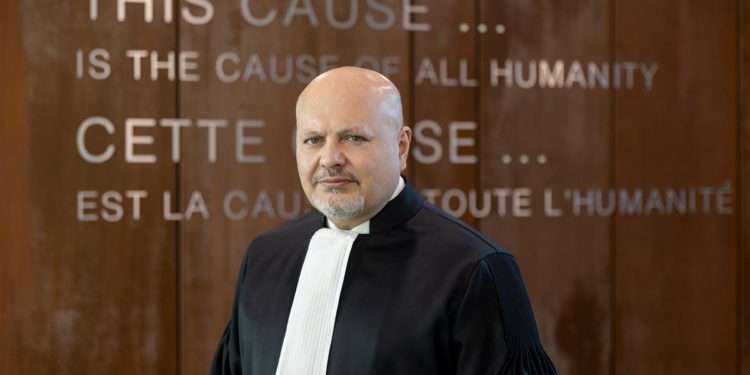 A war crimes investigation has been launched into Russia’s invasion of Ukraine after an unprecedented number of countries backed the move and Boris Johnson called the military intervention “abhorrent”.

Karim Khan, the chief prosecutor for the International Criminal Court (ICC), said he would begin work “as rapidly as possible” to look for possible crimes against humanity or genocide committed in Ukraine

The referral for investigation by 39 countries – including the UK – will shave several months off the process because it allows Khan to bypass the need to seek the approval of the court in The Hague.

“On 28 February, I announced my decision to seek authorization to open an investigation into the Situation in Ukraine, on the basis of my Office’s earlier conclusions arising from its preliminary examination, and encompassing any new alleged crimes falling within the jurisdiction of the International Criminal Court (“ICC” or “the Court”).

“In the same statement, I indicated that active investigations by my Office would be significantly expedited if a State Party to the Rome Statute (the “Statute”) were to refer the situation to my Office, as provided in article 14 of the Statute.

“I have notified the ICC Presidency a few moments ago of my decision to immediately proceed with active investigations in the Situation. Our work in the collection of evidence has now commenced.

“As mentioned in my statement of 28 February, in its preliminary examination of the Situation in Ukraine, my Office had already found a reasonable basis to believe crimes within the jurisdiction of the Court had been committed, and had identified potential cases that would be admissible.

“As I proceed to discharge my responsibilities, I will seek to engage with all relevant stakeholders and parties to the conflict, ensuring that investigations by my Office are conducted objectively and independently, with full respect for the principle of complementarity. In doing so, we will remain focused on our core objective: ensuring accountability for crimes falling within ICC jurisdiction.

“The support of States Parties and the international community more broadly will be essential as we seek to meet the inherent challenges faced in the conduct of these investigations. I will therefore seek the partnership and contributions of all States in order to address our need for additional resources across all situations addressed by my Office.

“With an active investigation now underway, I repeat my call to all those engaged in hostilities in Ukraine to adhere strictly to the applicable rules of international humanitarian law. No individual in the Ukraine situation has a licence to commit crimes within the jurisdiction of the International Criminal Court.”