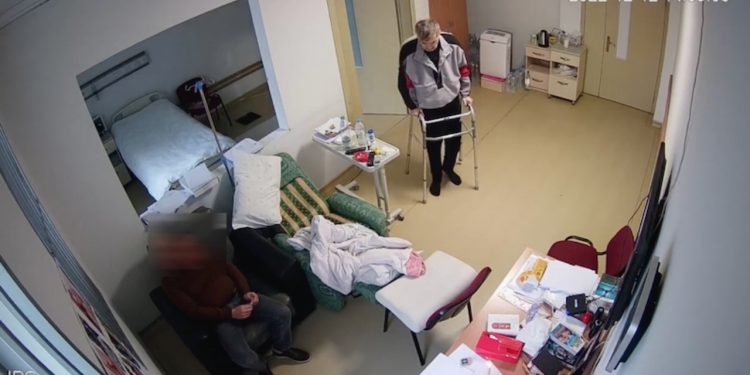 The Special Penitentiary Service releases the footage of Mikheil Saakashvili, the third president of Georgia.

According to the Penitentiary Service, the video footage shows the ex-president’s condition in different periods.

“Due to the high public interest, the Special Penitentiary Service publishes video footage that shows the condition of prisoner Saakashvili in different periods.

“In the mentioned video material, Mikheil Saakashvili’s simulated actions are clearly visible, the purpose of which is to hinder the implementation of justice, to mislead the society and international partners.

“The video footage reflects the state’s attitude towards Mikheil Saakashvili, as well as his attitude towards the medical staff, in particular the facts of abuse and aggressive behavior on his part,” reads the statement released by the Penitentiary Service.

Before the release of the footage, the Minister of Justice, Rati Bregadze, announced that “if Saakashvili did not stop the simulated actions, the footage would be made public”.

The ex-president’s lawyers request remote attendance at his trial, but he was not given the opportunity to do so at the December 14 session. The reason was the lack of technical means.