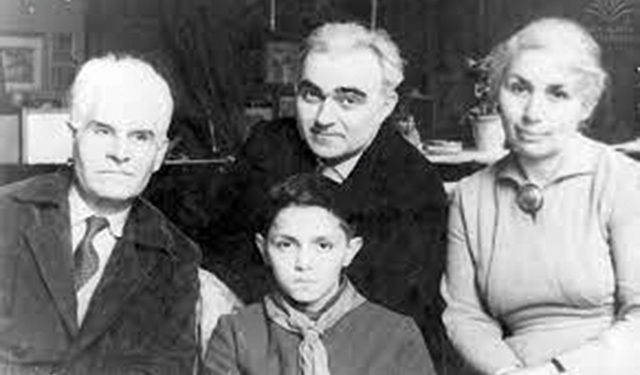 Margarita Metreveli (nee Atskvereli) was born in 1913 in Tbilisi. Shota Metreveli was also born in 1913, but in Borjomi. In 1927, Shota’s family moved to Tbilisi and in 1928 he met his future wife, Margarita Atskvereli, at secondary school. In 1932, they were both admitted to the Tbilisi State Academy of Arts, in the class of Mose Toidze. Others among their teachers at the Academy were prominent artists Iosif Charlemagne, Davit Kakabadze, and Lado Gudiashvili, who undoubtedly had a great influence on the development of the creative manner of the young artists.

After graduating from Tbilisi State Academy of Arts, from 1939 onwards, Shota and Margarita Metreveli participated in various group exhibitions of artists in Georgia, Russia and various European countries. The first personal exhibition of the young artists was held in Tbilisi in 1944 at the Georgian National Gallery- this despite it being the Second World War, with the cultural life of the Georgian capital as alive as ever, boasting numerous exhibitions, concerts and performances. 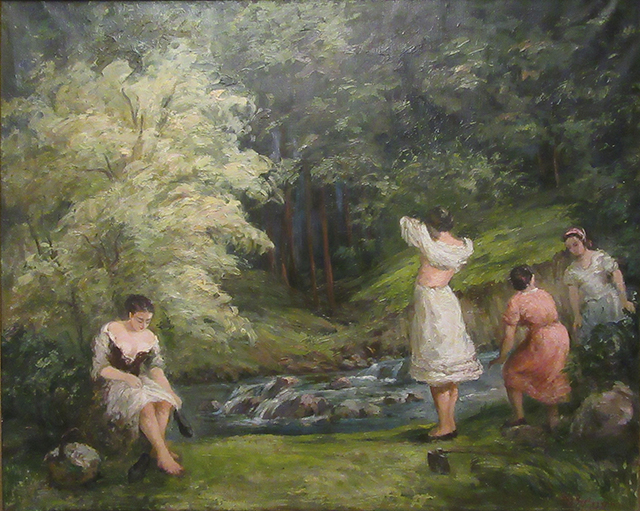 A painting of the house-museum of the famous Georgian director Kote Marjanishvili in Kvareli was created by Shota Metreveli in 1950. This building is an important example of Georgian architecture between the 18th and 19th centuries and gives us some idea of the Georgian architecture of that period. The painting is characterized with a high level of mastery and in fact documents the 70-year-old House-Museum of Kote Marjanishvili.

As said, compositions reflecting the past times of Georgia have an important place in the work of Shota Metreveli. The painting “Urmuli”, painted in 1971, is one of them, which on the one hand depicts the old Georgian transport “Uremi” against the background of a medieval castle wall, and on the other hand serves as a certain illustration of the old Georgian song “Urmuli”. 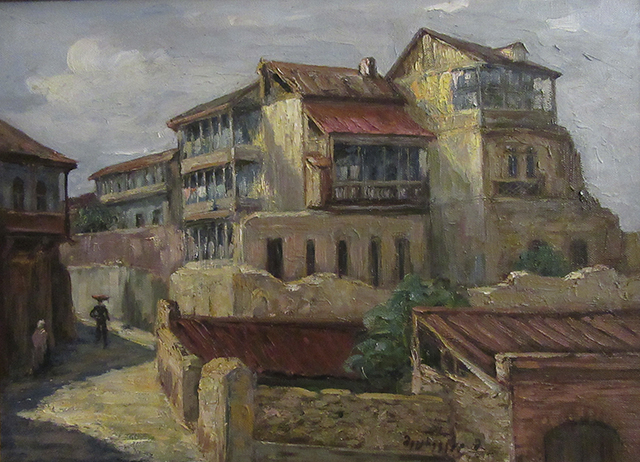 The depiction of different periods of the history of Georgian culture, as well as the lives of prominent people, was also often featured in Shota Metreveli’s works. A painting depicting the visit of great poet Alexander Pushkin to renowned Georgian poet Alexander Chavchavadze in Tbilisi is considered as one example. The artist presented a party in honor of the guest on the balcony of the palace of Queen Darejan-“Sachino”, the wife of the prominent King of Kartli-Kakheti, Erekle II. A spectacular view of Old Tbilisi can be seen from there. The picture realistically depicts the family members of Alexander Chavchavadze and others sitting at the table, Alexander Pushkin raising a toast. With this painting, Shota Metreveli appears as a worthy student of his maestro Lado Gudiashvili. 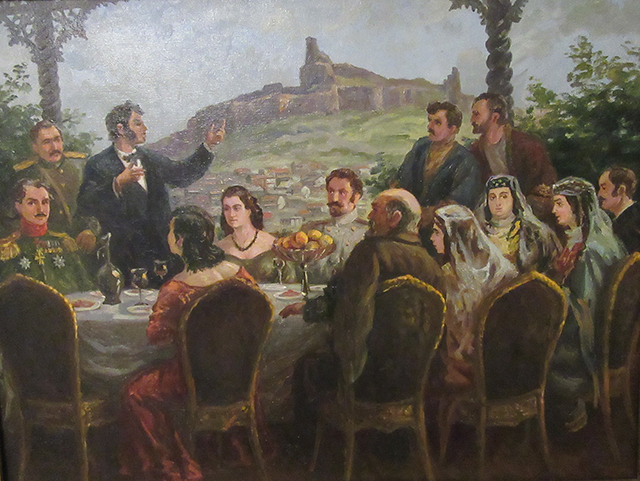 The artist’s paintings are also characterized by a rich, pastose manner, unusual combination of colors, and both sharp and soft transitions of light and shadow. “A Part of Old Tbilisi” was painted by Margarita Metereveli in the above mentioned manner in 1957, and can be considered as one of the artist’s masterpieces. The picture was exhibited at a group exhibition of Georgian artists in Germany. 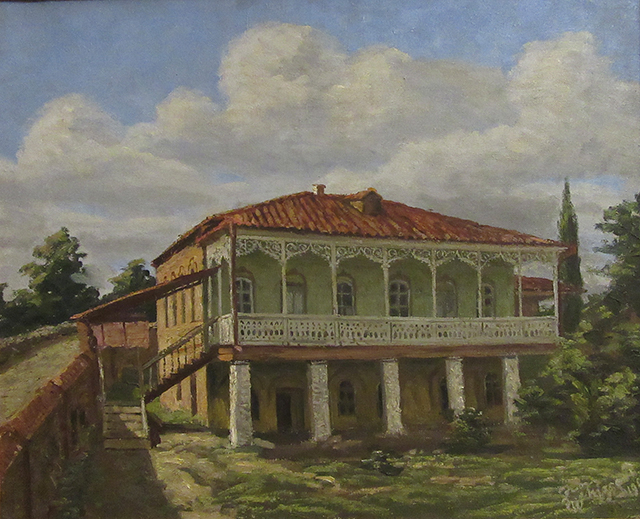 The painting “Swimming Women” (1980) by Margarita Metreveli is characterized by an extraordinary mastery and mood. Four young women are depicted in the blossom of nature near a mountain river. With its sharply balanced composition, masterful color combination, and rich, pastose manner of painting, this canvas is one of Margarita Metreveli’s most important works. 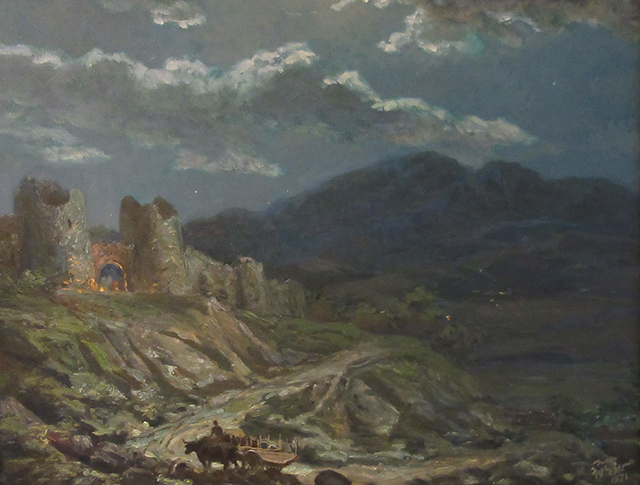 Shota and Margarita Meterveli were merited artists of Georgia. Their works are kept in various museums throughout the country, as well as in private collections in Georgia, Russia, Europe and the United States. Shota Metreveli passed away in 1983 and Margarita Atskvereli-Metreveli in 1984. The couple is buried in the Mukhatgverdi Pantheon of Public Figures.