Salome Zurabishvili: I Don’t Want an Ex President to Die in Prison 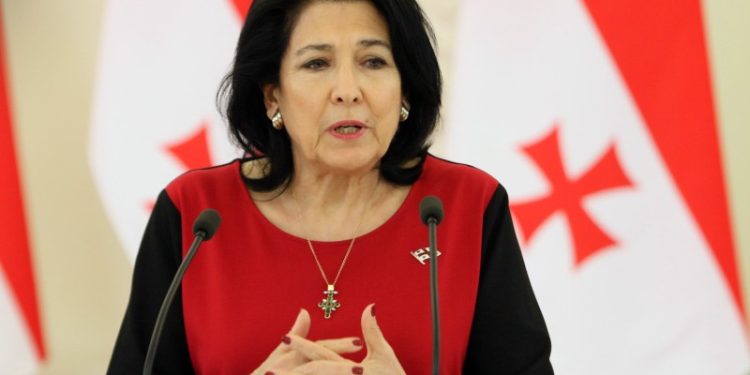 The President of Georgia, Salome Zurabishvili, claims that she has no right to pardon former President Mikheil Saakashvili.

“I don’t have that power for one very simple reason that the sentencing is not closed, he is still being judged. And that’s the law in Georgia- that a pardon can intervene only when everything is finished,” the President said in an interview with the BBC when asked why she’s not using her power to pardon Mikheil Saakashvili, 3rd president of Georgia.

When asked whether she will pardon the ex-president when everything is over, Salome Zurabishvili said:

“That’s another issue. I’ve explained at length in Georgia why I wouldn’t do it, because it’s a factor for major polarization. There is not one family in Georgia that has not experienced, under his regime, what it meant to have autocratic regime. So I don’t feel that I should become an instrument for more polarization.

“But at the same time, I’m the head of state where I don’t want an ex president to die in prison, or to suffer irremediable consequences. I’ve been saying publicly that I think that he should be extradited to receive additional treatment, but that’s a decision that has to be taken by the court,” Zurabishvili told the BBC.