Saakashvili’s Personal Doctor: Maybe we should Release Him & Let Him be Treated Normally 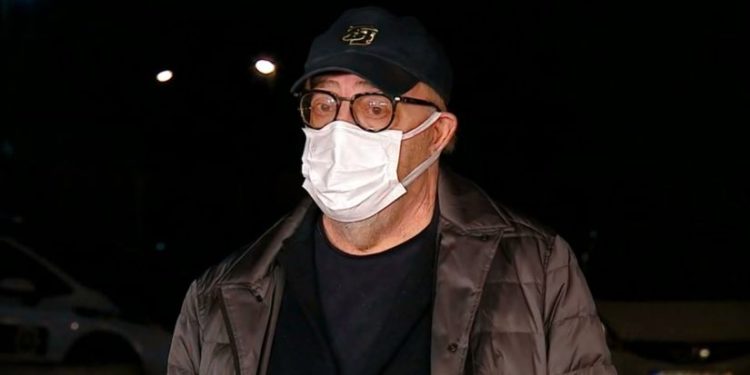 Following the transfer of former president Mikheil Saakashvili to Gori Military Hospital, his personal doctor Nikoloz Kipshidze announced that the treatment process is going well, however, it does not mean that Saakashvili will be healthy unless the refeeding problem is solved.

“He needs long-term rehabilitation of various organs, brain, liver, etc. That is why I am asking such a question – maybe we should release him and let him be treated normally,” Kipshidze told journalists after visiting Saakashvili in Gori hospital.

He said the president is thankful to the hospital and liked the staff very much.

“He feels comfortable, but in my opinion, treatment in such conditions is impossible for such a patient. His rehabilitation will be very long. Therefore, my sincere opinion as a doctor, which my colleagues may not agree with, or the Georgian population, is to allow him to be treated outside prison,” he said, adding that he meant free treatment, without the attendance of prison guards.

The local authorities have not yet commented on his statement, however, Giorgi Papiashvili, a doctor and a member of the expert group set up by the Public Defender, says that there is no basis for Nikoloz Kipshidze’s initiative regarding Mikheil Saakashvili’s free treatment.

“I believe that there is no medical basis for this. Our team was set up to assess the patient’s condition in case of a continued hunger strike. Our team did this in the best interests of the patient’s life and health, as a result of which the patient is now in the hands of a qualified medical team at Gori Hospital. the patient has stopped his hunger strike and his condition has improved. In the process of refeeding, I am absolutely convinced that the doctors who are currently treating him will have the ability to fully rehabilitate him,” the doctor wrote on Facebook.

Further, doctors Elene Giorgadze and Ineza Sulamanidze, members of the medical council, visited the third president of Georgia at the hospital.

As doctor Elene Giorgadze told reporters after her visit, Saakashvili’s condition is currently stable and there are no complications at this stage.

She noted that the first three days after a person stops a hunger strike are the most dangerous.

“We were most afraid for the first three days, but there are no complications yet,” Giorgadze said.

Following his decision, other opposition MPs on hunger strike, including Droa party leader Elene Khoshtaria, also stopped their hunger strike. Well-known Georgian opera singer Paata Burchuladze also followed their example. They are all currently in a stable condition and are undergoing the relevant treatment.