Saakashvili’s Mother Vows to Hold Accountable those ‘Killing My Son’ 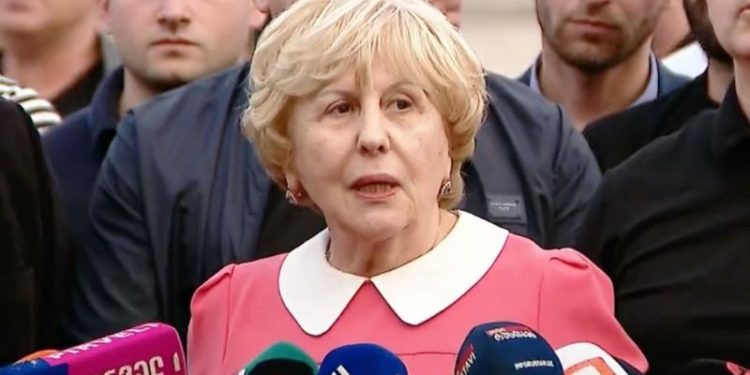 Giuli Alasania, the mother of the jailed ex-president of Georgia, Mikheil Saakashvili, told the media that her son passed out in the Vivamedi clinic.

She said it was the second time he lost consciousness, emphasizing a third instance could be “fatal,” calling it “an international murder in front of everyone.”

Alasania pledged to “do everything” to punish those accountable for “collectively killing my son for a year and three months.”

Asked about Catholicos-Patriarch of All Georgia’s letter to Saakashvili, wishing him divine intervention to strengthen his spiritual powers, Alasania said the very message was ”a bit unclear”

“How long will he endure this, what kind of endurance are we talking about? ‘To feel a genuine reality’ was a little hazy for me. What is this new reality? That we are no longer a state and have finally become Russia’s province? This is our reality today”, she noted.