Rurua on Amnesty: If Victims of June 20 Forgive, I Won’t Oppose Pardon 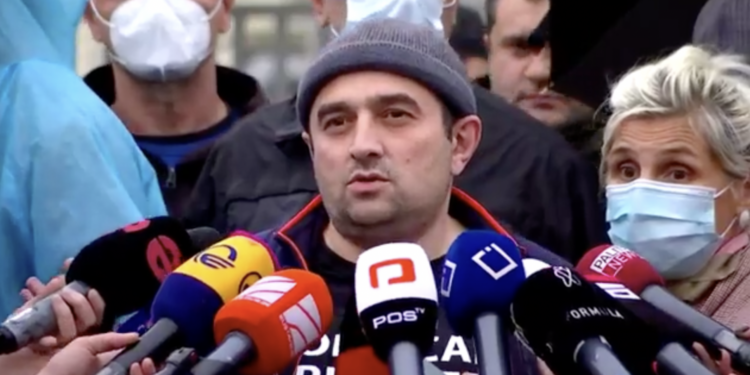 “In general, it is important for me that a general national amnesty is announced, it is very important,” Giorgi Rurua, one of the shareholders of Mtavari TV, told reporters after his release from prison.

He noted that if the victims of June 20 (the so-called Gavrilov’s Night) will forgive the accused, he will not oppose pardon.

“In general, it is important for me that a general national amnesty is announced, it is very important. Now when the case is not investigated, what kind of amnesty should we talk about? The key is to conduct an investigation, then the victims will make the appropriate decision whether to forgive or not. After that, if they forgive those accused, I will not oppose a pardon,” Rurua said.

Regarding the possible release of convicted UNM Chairman Nika Melia, Rurua noted that “if he was in Melia’s place, he would accept the bail offered by the EU.”

“I told Nika my opinion on the first day. If I were in Nika’s place, I would accept the EU bail. I understand Nika, he is right,” Rurua said.

Giorgi Rurua, a shareholder of the ‘Main Channel,’ has been released from custody. He recently left Gldani N8 Penitentiary Establishment. Rurua was pardoned by the President of Georgia Salome Zurabishvili today.

The release of Giorgi Rurua from custody was part of an agreement reached between the government and the opposition with the participation of European mediators.

President Salome Zurabishvili announced a week ago that she would pardon Giorgi Rurua if an agreement was reached between the political parties and if the agreement was confirmed by mediators. Finally, through the mediation of the President of the European Council, Charles Michel, an agreement was reached between a part of the opposition and the government, on the basis of which part of the opposition entered the parliament. It is also planned to amnesty the crimes of June 20-21, 2019.

The 2019 Georgian protests, also known as Gavrilov’s Night, refers to a series of anti-occupation, anti-government and fresh election demanding protests in the country.

The so-called Gavrilov’s Night protest was dispersed by riot police with the use of tear gas, rubber bullets and water cannon. 240 individuals, including 32 journalists and 80 law enforcers, were injured during a clash on Rustaveli Avenue on June 20-21. At least two people experienced eye injuries and loss of vision due to rubber bullets.