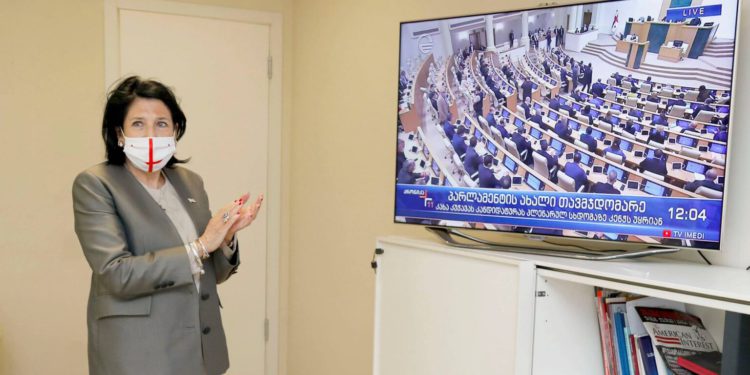 “I welcome the fulfillment of the first stage of the agreement! For my part, I kept my word and signed the pardon act! Congratulations to Kakha Kuchava on his appointment as the Speaker of the Parliament! Congratulations to all the MPs who used the mandate given by the people for the first time today and entered the Parliament! I wish you all success,” the president stated.

President Salome Zurabishvili announced a week ago that she would pardon Giorgi Rurua if an agreement was reached between the political parties and if the agreement was confirmed by mediators. Finally, through the mediation of the President of the European Council, Charles Michel, an agreement was reached between a part of the opposition and the government, on the basis of which part of the opposition entered the parliament. It is also planned to amnesty the crimes of June 20-21, 2019. UNM, European Georgia, and Labor Party did not join the agreement. The UNM will consider entering the parliament after the party chairman Nika Melia is released from prison.

The release of Giorgi Rurua was one of the demands made by the opposition as a precondition to enter Parliament.