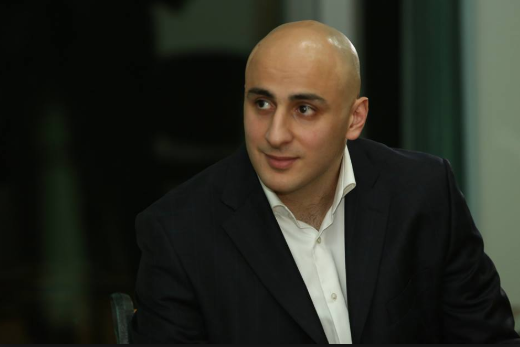 “Withdraw the amnesty bill, and in this case, I, Nika Melia, take full responsibility to agree to the bail offered by the European Union and leave prison this way,” Nika Melia, Chairman of the National Movement, addressed the opposition parties who signed the Charles Michel document.

The currently imprisoned UNM Chairman publicly asked the opposition parties “not to take part in this attempt to rewrite history, which is called amnesty for Gavrilov’s night of June 20.”

“Neither I nor anyone else deserves to give at least a minimal chance to the criminal police officers and officials who dispersed the anti-occupation rally to escape fair justice.

“It is quite clear that the Georgian Dream will apply this amnesty to everyone and everything, even if you do not vote for it.

“You will be discredited. They will harm you, they will damage the opposition unity and the entire country. Unfortunately, in the eyes of the Georgian people, the reputation of the mediators and our main friends behind them will also be significantly damaged.

“I will repeat that if anything is crucial now, it is the unity of the opposition. Under no circumstances should we allow the opposition to disintegrate. Therefore, I would like to ask everyone to refrain from actions that would cause irreversible damage to this unity. We must remember that unity is our only advantage over the Georgian Dream.

“Therefore, I ask you and I address the Georgian Dream, who signed the document, to withdraw the amnesty bill and remove this issue from the agenda once and for all,” Nika Melia wrote on social media.

European Council President Charles Michel released a proposal, suggesting electoral and justice reforms and offering a pardon for all violations and convictions stemming from the 19-21 June 2019 protests.

Based on the mediators’ document, the persons assessed as political prisoners should be released within a week after the signing of the agreement between the government and the opposition. In addition, based on Michel’s proposal, early elections should be called in 2022 if the Georgian Dream party gets less than 43% of votes in the local elections.

Opposition parties that have signed the EU-mediated agreement with the ruling Georgian Dream party will enter Parliament today, April 27 to submit an amnesty bill, which President Salome Zurabishvili has agreed to sign.

Presently, only the United National Movement and European Georgia parties have refused to sign the EU Council’s updated compromise document.

The trial of Nika Melia will be held on April 29.

His lawyer Giorgi Kondakhishvili believes the authorities have a chance to release the opposition leader from prison without any preconditions. However, the lawyer does not rule out that the issue of Melia’s release on bail be raised by MEPs at the April 29 sitting.

Pre-trial detention was ordered for Melia on February 17. He stands accused of organizing group violence during anti-government protests in June 2019 (so-called ‘Gavrilov’s Night’). UNM leader denies the charges. He was arrested on February 23.