Ombudsman Report: Gakharia Did Not Order Use of Rubber Bullets for June 20-21 Rally Dispersal 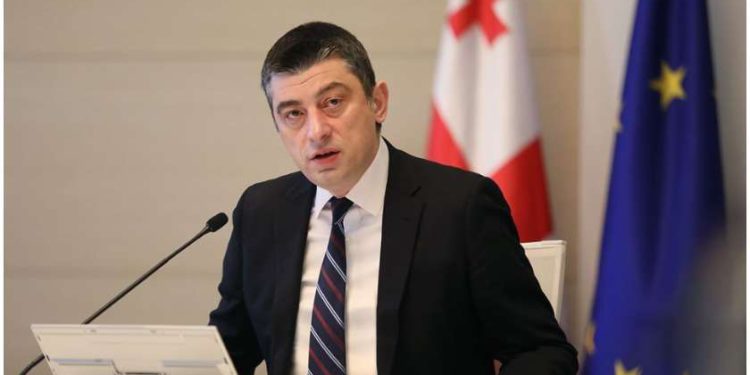 Examination of the records of the Ministry of Internal Affairs reveals that the then-Interior Minister Giorgi Gakharia did not issue a permit for the use of rubber bullets during the dispersal of the rally to those responsible for the June 20-21 event. This is stated in the interim report of the Public Defender.

“It is clear from the records of the receivers and the testimony of the Director of the Special Tasks Department that, with the consent of the Minister, he received only orders from the Deputy Ministers to use tear gas, and he ordered his subordinates to take and use guns and tear gas. The director of the Special Assignments Department points out that when dispersing the rally, he would move around the territory and receive information both by radio and in person. Based on his testimony, he was informed through a receiver about the use of rubber bullets by specific police officers. He states he will soon inform the Minister and the Deputy Ministers about this,” reads the report.

Based on the document, it is noteworthy that the provision of information on the use of rubber bullets to the authorities by the Director of the Special Tasks Department is not corroborated by the records of the receivers obtained by the investigation.

“Department gunners also confirm that they received orders only to use tear gas, while rubber bullets were used individually, at their own decision, without a command from the leadership,” reads the document.

At the same time, the report says that based on the testimonies of the interviewed police officers, the situation between the citizens in the front rows and the police officers became tense during a rally which was being held peacefully in front of the parliament building on June 20 at around 22.00.

The 2019 Georgian protests, also known as Gavrilov’s Night, refers to a series of anti-occupation, anti-government and fresh election demanding protests in the country.

The protests began on June 20, 2019, in front of the Parliament of Georgia. The protests launched after Sergei Gavrilov, a Communist Party member of the Russian Duma who was visiting through the Interparliamentary Assembly on Orthodoxy, sat in a chair reserved by a protocol for the Head of Parliament.

He delivered a speech in Russian extolling the Orthodox brotherhood of Georgia and Russia. Earlier that week, Gavrilov had voted in favor of the independence of Abkhazia.

The protest turned into clashes with police after protesters tried to enter the parliament building.

The so-called Gavrilov’s Night protest was dispersed by riot police with the use of tear gas, rubber bullets and water cannon. 240 individuals, including 32 journalists and 80 law enforcers, were injured during a clash on Rustaveli Avenue on June 20-21. At least two people experienced eye injuries and loss of vision due to rubber bullets.

Protests continued on the next days demanding the resignation of government officials responsible for police actions, including the MIA of Georgia Giorgi Gakharia, and the introduction of a fully proportional election system instead of the existing semi-proportional. Protests calmed down after on June 24 the head of the ruling Georgian Dream Party, Bidzina Ivanishvili, partly satisfied demands of protesters by announcing a change to the electoral system. However, minor protests continued demanding the resignation of Giorgi Gakharia.

Major protests renewed on November 13 after the Georgian Dream failed to bring in the promised electoral reform.