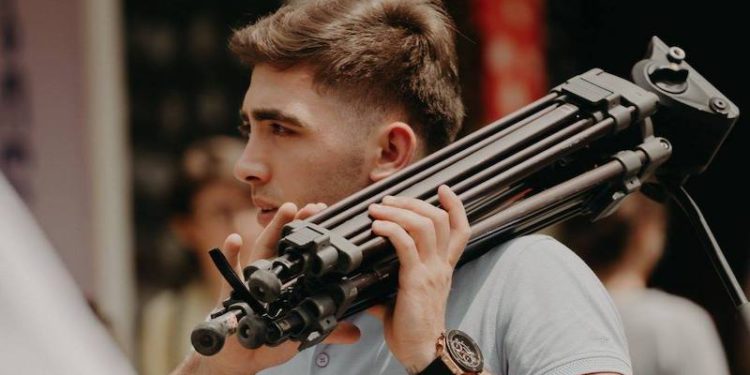 Nika Gvaramia, the director of the Mtavari Arkhi TV, says the cameraman of the Channel Levan Ablotia was thrown from the second floor of the ruling party Georgian Dream office in Kareli. Gvaramia says the cameraman has been transferred to Kareli hospital.

A journalist from the same channel, Beka Korshia, who was also in Kareli, said a physical confrontation ensued after the journalists arrived at the Georgian Dream office.

“They were very aggressive from the beginning. There was a physical confrontation.

“Below the building is a commercial space from which you go up the stairs to the headquarters of the Georgian Dream, and he was thrown from there. I do not know what to call this madness,” Korshia said.

The Ministry of Internal Affairs says an investigation has been launched into the incident under Article 124 of the Criminal Code of Georgia, which stipulates less serious or severe health damage by negligence.

Opposition representatives are gathered on the spot, saying that this is yet another demonstration of the violent regime.

Mamuka Mdinaradze, one of the leaders of Georgian Dream, stated that the Mtavari TV cameraman was not thrown from the second floor of the party office, but “fell off while the media workers were trying to set up a provocation.”