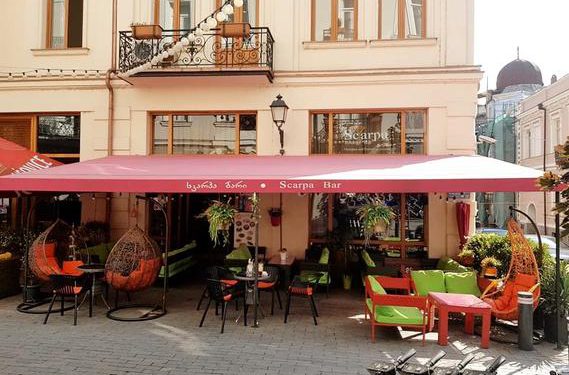 The officers of the Central Criminal Police Department of the Ministry of Internal Affairs and the General Prosecutor’s Office conducted a joint investigation into the fraudulent appropriation of large sums from tourists, and theft committed in large quantities, and detained the owner of cafe-bar “Scarpa” – a person born in 1989.

The investigation established that the accused and employees of cafe-bar “Scarpa”, in order to get more financial benefits, brought cheap products to tourists instead of the products they had ordered, changed the product prices in the menu, and charged customers unreasonably large amounts.

The Ministry of Internal Affairs exposed a similar fact, that, this September, when at the same cafe-bar, a Chinese citizen under the influence of alcohol, who was accompanied by a young female (criminally linked with the detainee), lost consciousness. After recovery, he found that 15,000 GEL had been transferred from his credit card to the account of the cafe-bar in three stages.

The investigation also established that a similar fraudulent scheme was carried out at the “Royal Club” in Tbilisi. In particular, a citizen and friend were invited to “Royal Club” by two young females, who ordered meals and beverages from the menu. The men were later forced to pay an unreasonably large amount of cash for the order, namely 1450 GEL.

Operative-investigative activities are underway in connection with the case of fraudulent misappropriation of large sums of money from tourists, in order to reveal other circumstances of the crime and identify/arrest others related to the mentioned facts.