PM: Country was Granted European Perspective, It was Clearly Stated that Georgia will Become Member of European Family 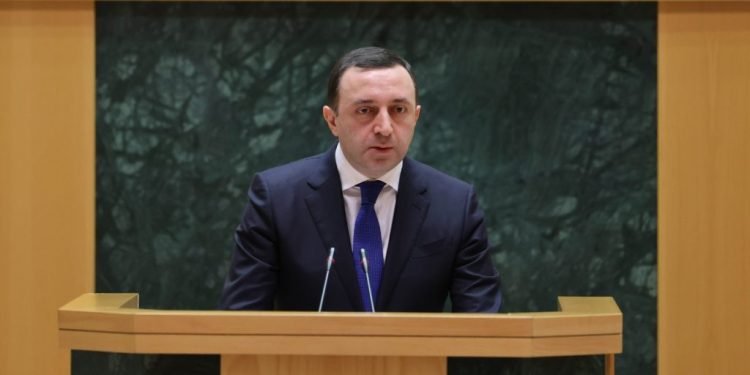 The Prime Minister of Georgia, Irakli Garibashvili, during his speech in the Parliament, spoke about granting the country candidate status and noted that Georgia is 10 points ahead of Ukraine and Moldova in all directions.

“We were and are the leading state among the countries of the Eastern Partnership. Nothing has changed with this, except for one, the main distinguishing status. We have heard the statements of European leaders, the decision that the majority of the European Union supported the decision – to give candidate status as an advance to Ukraine and Moldova, was due to one specific reason, a political decision was made and Moldova is in a state equal to war and in a very difficult situation,” remarked Garibashvili.

He noted that in the case of Georgia, this is a historic decision, the country was given a European perspective, and it was clearly stated that Georgia will become a member of the European family.