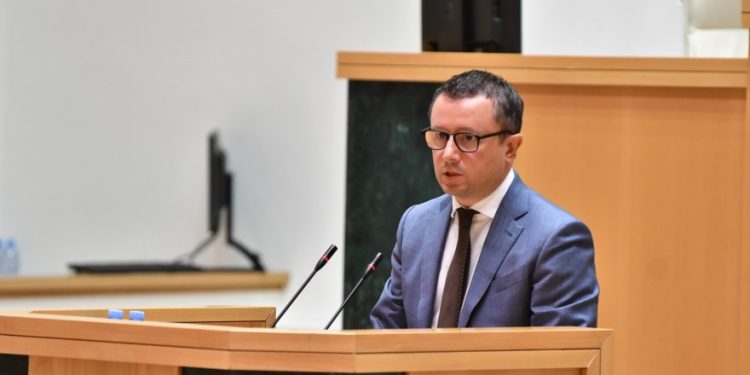 The Deputy Minister of Economy, Irakli Nadareishvili, introduced the changes to the laws on Commercial Bank Activities, National Bank of Georgia, and Payment System and Payment Services, together with the accompanying documents.

The speaker noted the package of amendments is a necessary prerequisite for accession to SEPA as they contain the standards and regulations that the country wishing to join the single European payment area is obliged to fulfill. As a result of the changes, those financial institutions that do business in Georgia will be allowed to operate in Euro under the same conditions, tariffs, and regulatory framework. As the Deputy Minister notes, the said process will provide significant benefits to both citizens and businesses and will contribute to the inflow of foreign investments.

The members of the parliament evaluated the legislative package consisting of 21 draft laws and talked about the expected results, which might be brought by Georgia’s membership in SEPA. As Maka Botchorishvili, the Chair of the EU Integration Committee notes, the majority of the presented changes are included in EUAA.

“With the adoption of these laws, we are taking a big step in the implementation of the association agreement. The legislative package serves the criteria set for Georgia’s SEPA membership. This issue was initiated by the committee a year ago, and as a result of the conducted research, it was revealed that with the work we have already done, Georgia largely meets the mentioned criteria. Accordingly, this gives us a reason for Georgia to apply for joining the single European payment area this year,” Botchorishvili remarked.

As David Songulashvili, the Chair of the Sector Economy and Economic Policy Committee notes, joining SEPA is important progress on the path of integration with the European Union. As he adds, there are issues in the package of draft laws, which the committee is actively discussing with the representatives of the Ministry and the National Bank.

The Chairman of the Committee also noted that before presenting the package in the second reading, it is necessary to reach an agreement on the principle issues.

The legislative package prepared for Georgia’s accession to the single European payment space is being considered by the Parliament in an accelerated manner.